Home Entertainment Xbox Defines Its Strategy At The Gates of E3 2021: Game in... 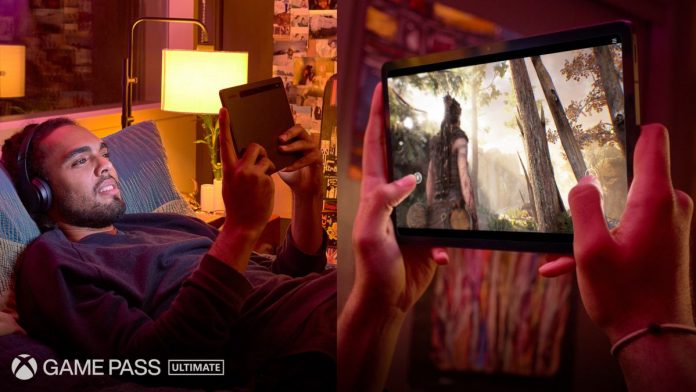 Xbox: Phil Spencer reflects on Microsoft’s path, and finds that buying hardware and software limits access to games to a majority. And they want that bulk on Xbox.Microsoft is preparing for a new E3, and it does so with a press briefing prior to Sunday’s event in which Phil Spencer and part of his team wanted to highlight what role they want to carry out in the video game industry. For this reason, the Xbox boss was clear in his first words at the event: “Our intention is to allow everyone to play any game with whoever they want and where they want.” For them, this is a change from how the sector was looked at previously, with “hardware” that posed a barrier for the player. And they reiterate that their strategy is different because “we believe that the important thing about videogames is not the hardware or the software, but the people.”

For them, access to video games from any device is a goal that they know “will not be easy” and that has “a long way to go”, but they add: “Only Microsoft can do it.” Satya Nadella appeared in this briefing to emphasize that there is a very close relationship between Microsoft and video games, remembering that their first foray was the original Flight Simulator, and that they can “democratize video games” by defining digital entertainment on a large scale. How? With three pliars: the resources they can invest, the leadership, they add, in the game in the cloud and the commitment to new studios and creatives.

At this point, Microsoft’s argument focuses on Azure, on the game in the cloud. Spencer remembers that when he was little he couldn’t imagine having a Galaga at home and had to go to arcades. Then, if you didn’t spend hundreds of dollars on a console or thousands on a PC, you couldn’t participate in the video game community, but this changes with the cloud: “it allows us to eliminate all these barriers to play all over the world; of course there is room for consoles and the PC, and frankly there always will be, but through the cloud we will be able to offer a robust gaming experience where anyone connected to the Internet can fully participate in the same experience with hardware at home ”.

To this, Nadella responds that Azure allows you to play “high fidelity games, from wherever you want and from any device. Gambling in the cloud is a groundbreaking experience ”. And they simplify it with “just go to xbox.com/play and see how quick and easy it is to get into the game.” On the cloud, they also highlight it in how it can evolve and change games like the latest Flight Simulator.

Beyond cloud gaming, the reality is that Spencer links the success of this technology to having a platform that allows you to easily access video games. And this platform is the Game Pass. This is how Nadella defines it: “With Game Pass we are redefining how games are being distributed, played and shared. The content is what is growing the platform, and that is why we are so excited to buy ZeniMax so we can have some of the most iconic games in the world. ”

One of the novelties, which is already in the beta phase, is the jump from Game Pass to PC browsers: “the value of the subscription will be transferred from console to PC to mobile, and what we want is to continue investing to add more content and offer a service that reaches more and more places ”.

Buying games, a limitation for the player

It may seem crazy, but the reality is that Phil Spencer, head of the Xbox division, who has studies that have cost a lot of money and a new generation console with six months of life, considers that “the only way to play games until now it was buying them, and that could limit the ability of many players to play. This cost, the retail model, has limited the audience for the industry. And that is why we have created Game Pass, to open the doors for players to be able to play more games with their friends, making there more players and making the games more accessible to everyone ”. We said it a few months ago and we reiterate it: Microsoft is clear that its model happens to grow in players, not in sales.

According to the data provided by the company itself, Game Pass players play 30% more genres and 40% more games. In addition, 90% claim to have said that they have played games that they would never have tried without the platform. On the other hand, companies that have placed their games on Game Pass see an engagement multiplied by eight, and on the eternal debate of who spends on games if they have this subscription, Microsoft points out that Game Pass members spend 50% more than those that are not.

On the other hand, other details have also been highlighted that are in line with what Spencer said: they want people to play more. EA Play has seen how its hours of play have grown by 200% since they have been integrated into Game Pass, making, as Microsoft says, its portfolio of games “has grown and gained millions of new fans on the platform”.

Therefore, the next steps want the line marked by Spencer and expand. According to the company, they are working to integrate Xbox into some televisions without any extra hardware, except the remote, they are negotiating to expand the territories with access to Xbox All Access, creating their own device to play in the cloud without having a console (a la chromecast ) and land the game in the cloud in new countries like Mexico, Japan and others. And not least, the game in browser (Edge, Chrome, Safari) will be open to all users soon. By the end of the year they will also add cloud gaming within the Xbox App on PC and integrate it into the console experience, so that games can be tested before downloading.

And, how do you remember, with more than 23 studios creating video games for Xbox. Of which we will know something in the conference on Sunday. Before that, the company has made it clear how it understands the future of the brand and the game on Xbox. A radically different path from its competitors.