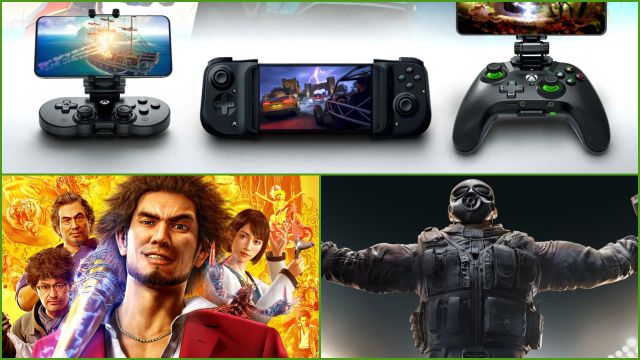 Xbox Cloud Gaming: A number of xCloud titles receive the long-awaited update to the Xbox Series X servers, thus improving their performance and loading times. Microsoft is beginning to update some Xbox Cloud Gaming (xCloud) video games to the Xbox Series X version. After confirming that this transition would begin to take place very soon, from The Verge they have verified that works such as Yakuza: Like a Dragon and Rainbow Six Siege is already running the next-gen version when using Xbox Game Pass Ultimate streaming services.

From Xbox One S to Xbox Series X. That was Microsoft’s promise for its cloud gaming infrastructure to experience the generational leap that we already have on home consoles. Although they did not set a specific date, it seems that the transition will be gradual and progressive, with tests like this, until the formal announcement by those of Redmond takes place. The result is none other than much faster loading times and Xbox Series X performances, such as the ability to play some titles up to 120 FPS or with previously non-existent graphic options.

Xbox in the cloud, a parallel future ready to continue growing

In the experience of Tom Warren of The Verge, works like Dirt 5 now load much faster in xCloud and the lag (the response time between the action and the execution) is much lower. Others like Forza Horizon 4, however, continue to run on the Xbox One S version, for example. Soon there will be more titles that will change their service to the new generation of Microsoft consoles.

Currently, Xbox Cloud Gaming, or Xbox Cloud Games, is in beta with Xbox Game Pass Ultimate with more than 100 titles available on Android phones or tablets; Also in the testing phase in web browsers, which will make it easier for users with iOS terminals (iPad, iPhone, iPod Touch) to access xCloud from Safari browsers.

The future of Xbox also passes through the cloud and, if Microsoft’s forecasts are met, in a few months it will also be possible to play Xbox Cloud Gaming on Smart TV or with the Chromecast-mode device on which they are working. Additionally, Xbox One players will be able to play exclusive Xbox Series X titles through xCloud.

You can check here the more than 25 titles on the way for Xbox Game Pass in the coming dates.