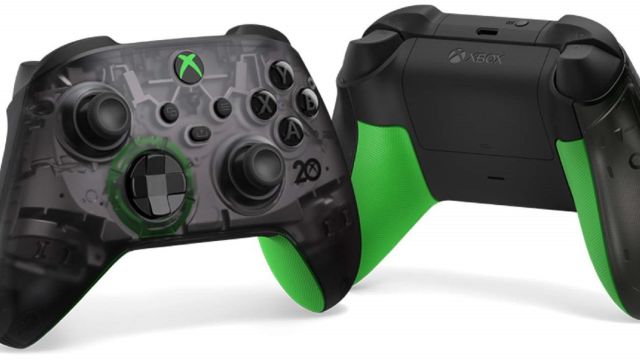 The Xbox division prepares a special edition controller, a headset and a fast charging stand for the brand’s 20th anniversary. Already in reserve. Xbox prepares for its 20th anniversary celebration. Next November 15 will mark two decades of video games for the Microsoft division. For this reason, the company continues to show some of the elements linked to the promotion. A limited edition controller and headset are on the way.

This is the special edition for the 20th anniversary of Xbox

Do you remember the look of the translucent Xbox? Both the Xbox Series controller and the stereo headset sport a face similar to that of the original console. “The body of this controller features a translucent black finish with a silver chassis so you can see every detail,” reveals Jessica Tsujikawa, product marketing manager at Xbox. “The nostalgic Xbox button brings us back to the first green Xbox logo. That color can also be found behind the triggers and around the hybrid crosshead ”.

As we said, the controller is part of the Xbox Series version, so it includes all the functionalities of the basic model: “Greater comfort, better connectivity between various devices, a button dedicated to sharing and reduced latency,” says Tsujikawa. It also has Bluetooth technology so you can connect it wirelessly to other systems, such as PCs, mobiles and tablets. On the other hand, the Xbox stereo headset has the same design line as the controller and includes the same functionalities as the normal version.

Both products will go on sale on November 15 at a recommended price of 64.99 euros. You can proceed to the reservation right now from the Spanish Microsoft Store. You will need a Microsoft account to complete the order. You can find them below