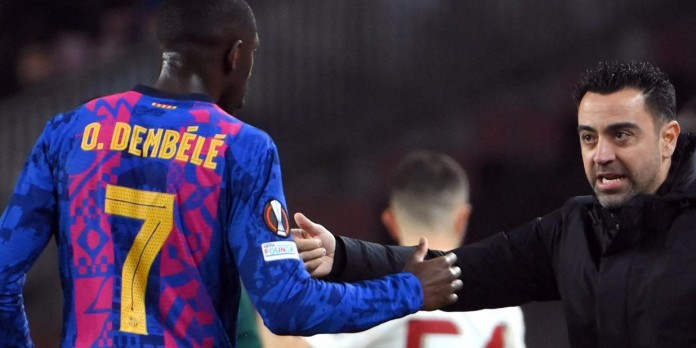 Xavi, the technical manager of Barcelona, ​​which had a goalless draw with Galatasaray in the UEFA Europa League Last 16 Type, was not happy with the game of his team. It was claimed that the technical person gave harsh warnings to his players in the middle of the term.

According to the news of El Chiringuito, Xavi, who was not happy with the performance of his group in the match, gave harsh warnings to his players in the middle of the match.

In the locker room of the technical man, who ended up due to the lack of concentration and lack of ambition in his players, “Who doesn’t want to play on the field today, say it quickly, now!” It was alleged that he used his words.

“Galatasaray is a competitor”

Evaluating the match after the match, Xavi said, “We did not get a good result. We were better in the second half, but we faced an excellent defense and an excellent Inaki Pena. Galatasaray was quite enough. This score is not good, but not too bad either. We are not in a rush for the match in Istanbul, we have a sense of winning. We were quite enough from Galatasaray. It could have ended 1-0 at least. This result was unfair. No need to get demoralized. It’s even harder to win in Europe. Galatasaray is a problem rival. Domenec Torrent is a great technical manager. We will play in Istanbul, it will not be easy. It was by means of a match against Napoli. It was a shame for this game, we should have won”.