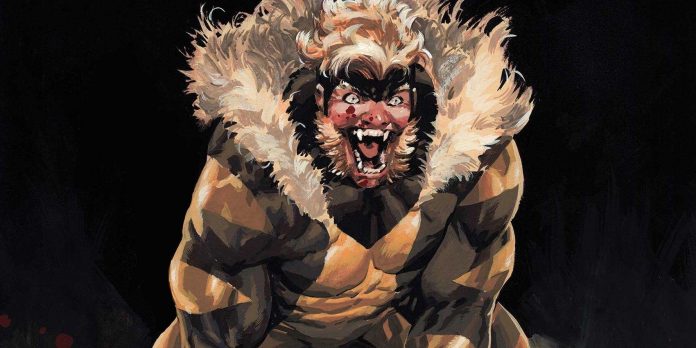 Warning! Spoilers ahead for Sabretooth #4 and #5!

Since the beginning of the Krakoan era, the amnesty that the sovereign nation of the X-Men granted to mutant villains has made many of their allies in the Marvel superhero community think, as well as many comic book readers. How can the X-Men still consider themselves heroes after forgiving the horrific actions of Apocalypse, Mr. Sinister, Selena and Red Omega en masse? Surprisingly, Marvel has turned Victor Creed, the disgustingly evil Sabretooth, into an elegant metaphorical rebuttal to the biggest criticism of the X-Men franchise since its relaunch in Krakoan.

The Krakoan project is constantly striving for a paradise for mutants, but all historical nation-states had to make morally compromise decisions in order to achieve this ultimate goal. In this sense, the amnesty that Krakoa extends to mutant villains is no different from the American Operation Paperclip, during which more than 1,600 Nazi scientists, engineers and technicians were secretly resettled in the United States after World War II to support the development of government military technology. Through this lens, it becomes clear that the Krakoan amnesty was ultimately a utilitarian decision, not necessarily a moral one. From a narrative point of view, the amnesty act also serves as a control test for former mutant villains, since many mutant antagonists have satisfied their needs and motives for villainy thanks to the existence of Krakoa. Sabretooth is not one of these villains, and therefore he has become an example for the Krakoans of what will happen if they fail to comply with the three laws.

Those who prefer to see the X-Men imprison their villains on Krakoa rather than grant amnesty find their rebuttal in the last two issues of the current mini-series “Sabretooth” from Victor LaValle, Leonard Kirk, Rain Beredo, Corey Petit from VC and Jordan D. White. . Issue #4 examines Creed’s trial through a new lens and accuses the Quiet Council of imprisoning people like Sabretooth because they have the wrong attitude. This is pretty indisputable, since the Quiet Council sentences him to the Pit for violating laws that do not yet exist on Krakoa. Knowing that Sabretooth is an unrepentant murderer and a cruel sexual tormentor who does not want to be anyone else, the question of what to do with Victor Creed is solved too difficult, and imprisonment is rationalized. However, the infernal world that Sabretooth creates from the Pit only increases the suffering of him and his fellow prisoners. Prison is not a solution for Krakoa, but a rotting cancerous environment, not suitable for anyone, neither for good nor for bad.

In addition, Creed’s manipulative machinations turn Sabretooth into a symbol for disgruntled mutants as a martyr-type figure. The rebellious currents are gaining such strength that Cypher makes a deal with Sabretooth to escape from the Pit, rather than continue to influence the island. In issue #5, even after Creed has left, Cypher is working to clean up the infernal prison that Sabretooth has turned the Pit into. Cypher sees that if the Pit continues to act as a prison, Victor’s infernal throne will be filled again, and all the prisoners will once again be drawn into the cruel prison cycle. For all the fans who claimed that the X-Men should have stood firm and still considered their worst villains criminals, here is the fruit of the fact that they did exactly that with Sabretooth, and it leads to disaster. The only solution is to completely empty the prison.

The story of Sabretooth is not over yet, although his mini-series is coming to an end. His former Krakoan prisoners have been tasked with tracking him down while Creed recruits his own team of Exiles from Orchis’ commercial mutant prison. But at the moment it seems that there really are no prisons on Krakoa, and hopefully Sabretooth’s metaphorical influence continues to inspire Krakoa and the X-Men to strive for greater restorative justice as a community. Until that time comes, the Sabretooth miniseries remains the best answer to the biggest criticism of the new X-Men era.

Black Panther 2: Tenoch Huerta Will Be Namor in The Film,...