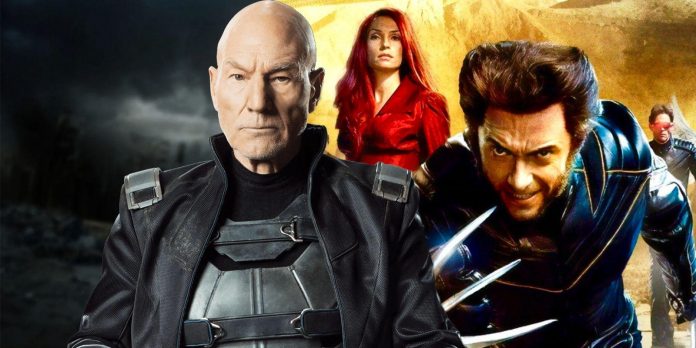 Ms. Marvel episode 6 dropped one of the biggest bombshells of the MCU’s Phase 4, revealing that Kamala is the first official MCU mutant, a reveal that will be highly divisive to fans of the X-Men. At the end of Ms. Marvel’s season finale, Bruno discloses to Kamala that her genes are different from those of her family, explaining her ability to manipulate Noor. As Bruno explains, he states that her genes have a mutation, accompanied by the X-Men: The Animated Series theme song.

With this, it seems that Marvel Studios are introducing the first named mutant to the MCU through Kamala Khan. Since Disney’s acquisition of 20th Century Fox became official in 2019, fans of superheroes began wondering how mutants, and the X-Men, would be integrated into the MCU. With Fox’s X-Men series coming to a close with The New Mutants in 2020, all eyes looked to Marvel Studios for when mutants would be first spotted in their franchise.

This eager anticipation is a major reason as to why the decision made with Ms. Marvel will be so controversial. It is clear that X-Men fans are going to either love or hate the decision, alongside fans of the Inhumans who will also likely have a hard time wrapping their head around the decision. Regardless, despite the controversy of the decision, Kamala Khan is the first official mutant in the MCU, setting the stage for the X-Men’s likely inclusion in the somewhat near future.

Why Ms Marvel’s Mutant Reveal Will Be So Controversial

It is worth exploring why the change itself with be so controversial, starting primarily with how the MCU alters Ms. Marvel from her Marvel Comics self. In the comics, Kamala Khan is an Inhuman. Marvel Comics showed Kamala’s abilities as first manifesting upon the Terrigen Mist being released, awakening her dormant Inhuman powers. The main difference between Inhumans and mutants is that mutants are born with their abilities, only with these abilities being activated at certain points in their lives through trauma, puberty, or other outside factors. Inhumans on the other hand, only become superpowered upon exposure to the Terrigen Mist. Kamala in Ms. Marvel certainly fits the mutant description, with Bruno stating that her power comes from within her and not the bracelet that simply activated her abilities. However, the change from Kamala being an Inhuman to a mutant will not come lightly to those who knew her first from the comics. The MCU often receives criticism for changing aspects of the comic books to fit a different medium. In changing Kamala’s origin, those interested in any combination of Inhumans, mutants, and the MCU will be split on the decision – especially given the previous questioned Inhuman changes in Agents of SHIELD.

Another reason is that Kamala isn’t an established face of the X-Men, as she obviously wasn’t part of the team in the comics. While there are lots of iconic X-Men characters in the comics, some made more famous from the film series include Wolverine, Professor X, Cyclops, Jean Grey, Storm, and so on. Therefore, many were expecting Marvel Studios to lean on these iconic characters when building their version of the X-Men. In making Kamala the first official face of the MCU’s mutants, even though she likely won’t become a member of the X-Men, it could be viewed as taking the spotlight away from more major X-Men characters through a character who isn’t even supposed to be a mutant.

Similarly, the ending of Ms. Marvel having the big reveal of Kamala being named a mutant makes it more difficult for the MCU to introduce a fully-formed X-Men team from the off. Given how Ms. Marvel staged the reveal as an important, universe-changing moment, it would make no sense for there to be already established mutants somewhere in the universe, as coherently formed as the X-Men. This likely means that the MCU will build up to the X-Men in a similar way to the Avengers, with Kamala being the first introduction of mutants.

Related: How Ms. Marvel’s MCU Powers Differ From The Comics

With Ms. Marvel revealing Kamala’s mutant status, it puts the bed the intense speculation surrounding who would be the first official MCU mutant. Many were adamant that characters like Wolverine, Professor X, or Magneto would be cast first in the MCU, given the massive popularity of these characters over the years. However, Marvel Studios have laid to rest these theories by confirming Kamala as the first MCU mutant. While it is unclear just how closely Kamala will link to the actual X-Men, despite being a mutant, already establishing her as such will make the introduction of other, more famous mutant characters much more seamless. It also makes the actual arrival of the X-Men much more surprising when it inevitably happens. Rather than the MCU setting up a cameo of someone like Wolverine or Cyclops for a future X-Men project, which would have been easier to map out the X-Men’s MCU introduction, Marvel has now made it harder to tell just when the bigger members of the X-Men will appear through Ms. Marvel episode 6. However, with SDCC 2022 right around the corner, Marvel Studios may choose to reveal some of this information here, leaping off of the massive, yet controversial, mutant reveal found in the Ms. Marvel finale.

Ms. Marvel Is A Huge Step Forward For The MCU’s Next Avengers TeamWhen Every Ms. Marvel Episode Airs & How Many There AreHow Ms. Marvel Time Travels At The End Of Episode 4Ms. Marvel True Story: What Is The Partition & Why It’s So ImportantMs. Marvel Episode 4 MCU Easter Eggs & ReferencesMs. Marvel Cast Guide: Every Marvel CharacterHow Did Ms. Marvel Get Her Powers?What Is Ms. Marvel’s Bracelet? Powers & Origin Explained

The Walking Dead: This tragic accident almost caused the cancellation of...