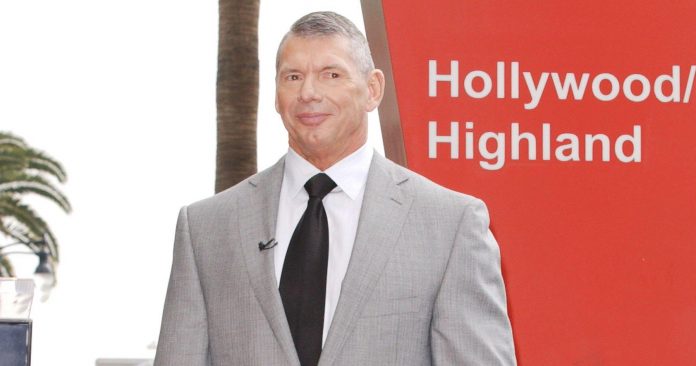 Still in the ring. A few hours after Vince McMahon confirmed he was stepping down as CEO and chairman of World Wrestling Entertainment (WWE), he was in great spirits to open the SmackDown Live show.

The Famous McMahon Family of WWE: A Guide to Vince, Stephanie, Triple H and others

“It’s a privilege, as always, to stand in front of you here tonight in the WWE universe,” McMahon, 76, said during Friday’s broadcast of the June 17 wrestling special. “I’m just here to remind you of the four words we just saw in what we call our WWE signature. These are the four words: then, now, forever, and most importantly — together. Welcome to SmackDown!”

Although the North Carolina native soon left the stage when the show began, he hit the headlines hours before when the company announced he would be dropping his corporate gig. The media organization’s board of directors noted in a statement Friday that McMahon “voluntarily” decided to step down from his position as chief executive officer and chairman of the board of directors while the company investigates his behavior. (McMahon was charged with misconduct after reportedly paying $3 million in compensation to cover up an alleged affair, according to a Wall Street Journal report earlier this month.)

WWE kids! Athletes who have created families over the years

WWE has appointed McMahon’s daughter, Stephanie McMahon, as interim CEO and chairman in his absence.

“I love this company and I intend to work with independent directors to strengthen our culture and our company; it is extremely important to me that we have a safe workplace to work together,” Stephanie, 45, wrote in a statement Friday. “I have committed to do everything in my power to help the Special Committee complete its work, including organizing the cooperation of the entire company to help complete the investigation and implement its results.”

Vince led the WWE for decades after inheriting the World Wrestling Federation (WWWF) from his father Vincent McMahon and turned it into a successful franchise. He is credited with changing the WWWF name to WWE in 2002.

“If you’ve built something, you should want it to grow and thrive, with or without a family member,” the Alpha Entertainment founder said during an appearance on the Pat McAfee Show in March, referring to wife Linda McMahon, son of Shane McMahon. and daughter Stephanie, who work for WWE. “Business is better for everyone. You have to look at family members as well as employees. You have to do what’s right for the business.”