Home Entertainment WWE veteran Cesaro finally made his AEW debut, and the fans and... 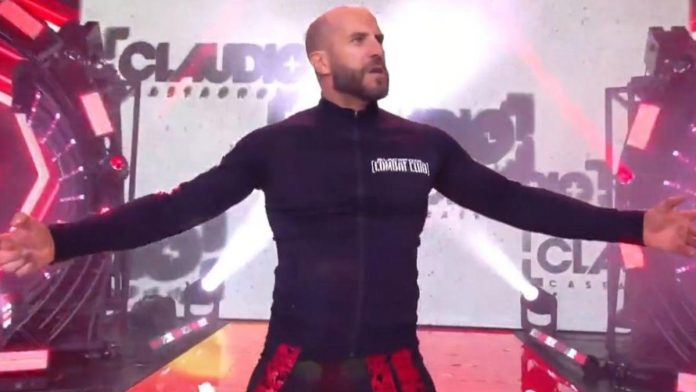 Over the past couple of years, WWE has lost a lot of talent, both due to layoffs and because athletes refused to participate, although very few departures were as unexpected for fans as longtime superstar Cesaro. The veteran was considered one of the company’s greatest talents in the ring throughout his performance, although he never had the opportunity to rise to the level of other superstars of the main events. Fans hoped that his departure from WWE meant that he would get a chance to prove himself in another wrestling organization, assuming that he would end up in AEW. Well, Cesaro finally made his debut at the company’s latest pay-per-view event, and fans and fellow wrestlers loved it.

On the eve of AEW x NJPW: Forbidden Door PPV, there were rumors that Cesaro could be one of the most unexpected participants of the evening, but this did not reduce the huge wall of noise and excitement of the crowd when he came out of the wings. As the official AEW video from the event showed, the wrestler was supposed to fight Zack Saber Jr., but first he had to fight back against a prolonged deafening roar. Cesaro was basking in the adoration of the audience when commentators reported that his performance at AEW would be held under his real name Claudio Castagnoli.

The online wrestling community was just as excited as everyone at the event, especially after it became known that Claudio Castagnoli would be in the stable along with other prominent former WWE superstars. As a new member of the Blackpool Combat Club, Castagnoli is now partnered with Brian Danielson (formerly Daniel Bryan), John Moxley (formerly Dean Ambrose) and legendary wrestling figure William Regal. Suffice it to say that there are a lot of wrestling talents inside one faction, and fans can’t wait to see what will happen next, as evidenced by a lot of reactions on Twitter.

Wrestling fans weren’t the only ones who were thrilled with Claudio Castagnoli’s AEW debut, as many members of the wrestling community themselves jumped on social media to share their reaction. Xavier Woods from New Day, who has worked a lot with Cesaro both in WWE and on his UpUpDownDown game channel.

Xavier Woods’ tweet was a little less specific than that of other WWE fans and superstars, perhaps to avoid any potential backlash caused by openly admitting on their social media that they were watching the AEW event. Considering how things are going in WWE behind the scenes, it’s probably always best to be safe these days.

Even Naomi, who hasn’t participated in WWE since giving up the SmackDown tag team titles and leaving with Sasha Banks, had to show some love for Claudio Castagnoli. Naomi said briefly and sweetly.

Claudio Castagnoli has proven himself well in the WWE as Cesaro, but it seems that he will have more chances to achieve more and better in AEW. Let’s hope the company uses the white-hot momentum he ignited with his debut, giving him a chance to prove to the world that he has what it takes to perform on the greatest wrestling stages. With the stable of which he is currently a part, it’s hard to deny the feeling that great things are ahead of us.

AEW: Dynamite airs on TBS on Wednesdays at 8:00 p.m. ET. Go to our TV premiere schedule for 2022 to find out what new and returning shows are expected.

How many demogorgons did the Russians have (and how did they...