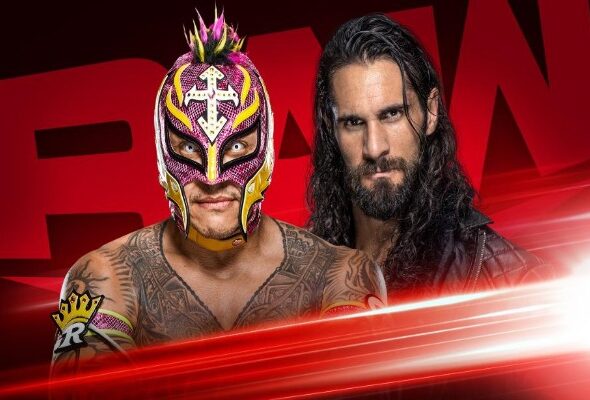 This is what we have announced for the program this Monday, June 1, 2020 on WWE RAW. A show that is marked by Rey Mysterio’s retirement ceremony and by the idea that Seth Rollins does not yet have a fight for WWE Backlash.

Everything seemed very nice, a great farewell to the best Latino fighter of the last 30 years, but everything went wrong when we discovered who was going to be the presenter of said retirement ceremony, Seth Rollins. Knowing the Messiah from WWE RAW we are sure that the ceremony has a trick and there is something hidden in it, could Rollins present Rey Mysterio’s son Dominic as his new disciple, or something will happen and end the ceremony with the withdrawal of Rey o with a combat agreed for Backlash.

If there is a person who is going to have a busy night in WWE RAW, this is none other than Seth Rollins, the wrestler not only has this combat but also has Rey Mysterio’s retirement ceremony. Looking at the WWE bookeos, we wouldn’t be surprised if this match was planned for Backlash but it was ahead of RAW with the idea of ​​Rollins taking on Mysterio at the show on June 14.

Last week was the best week for Apollo Crews since coming to WWE as the fighter managed to defeat Andrade to clinch the United States title. Apollo Crews wants to prove that he is a champion who doesn’t mind defending his title as many times as possible, and that’s why tonight he will put the belt on the line against an opponent of his own choosing. Who will be chosen by Apollo Crews?

Champion vs. champion in WWE RAW

Charlotte Flair repeats again and after facing Bayley in the blue mark of Smackdown a week ago, she now arrives at WWE RAW to fight against the champion of this brand, Asuka in a non-title match. The NXT champion will seek to make up for her two straight losses in the main roster shows. Will Peró be focused tonight or will she have her head set on defending her title next Sunday at NXT Takeover In Your House?