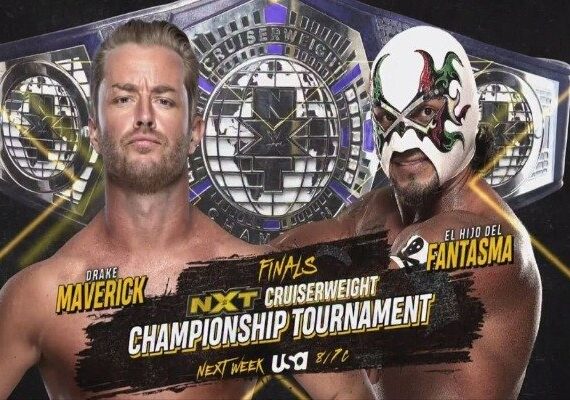 Today June 3, we have a new WWE NXT program and here we leave you with the preview of everything that is announced for the last program of the yellow and black brand before its special NXT Takeover In Your House next Sunday, June 7 .

The rivalry that the LeRae and Gargano marriage has begun and that has led Johnny Gargano to challenge Keith Lee for the North American title next Sunday at NXT Takeover, has caused their respective partners to have also been involved and today we will have a NXT match between Mia Yim against Candice LeRae. Will husbands be able to stand aside in this fight?

Final of the tournament for the interim cruise championship

Tonight is the grand finale of the tournament and we will have a new champion who will surely be challenged by Jordan Devlin as soon as he can travel from the United Kingdom to the United States again. On the one hand, Drake Maverick, who has become the Underdog, has arrived on the one hand, being the least favorite of all and reaching the final, and on the other hand, The Son of the Ghost, who in his NXT debut is showing why he was signed by the company. Will we know tonight who the champion is?

Prime Target before NXT Takeover In Your House

What the company has called Prime Target is a tour of Charlotte Flair and Adam Cole’s rivalries facing their defenses at the upcoming NXT Takeover In Your House on June 7.

As we already know, Charlotte Flair will defend the NXT title won at Wrestlemania 36 against Rhea Ripley, against Ripley herself and against Japan’s Io Shirai. For his part, Adam Cole accepted a title match against The Velveteen Dream on condition that if he wins, Velveteen Dream will not be eligible for the title again until Cole loses it.

Why Jamie decided to sleep with Laoghaire MacKenzie

Jennifer Aniston would like to make Brad Pitt jealous