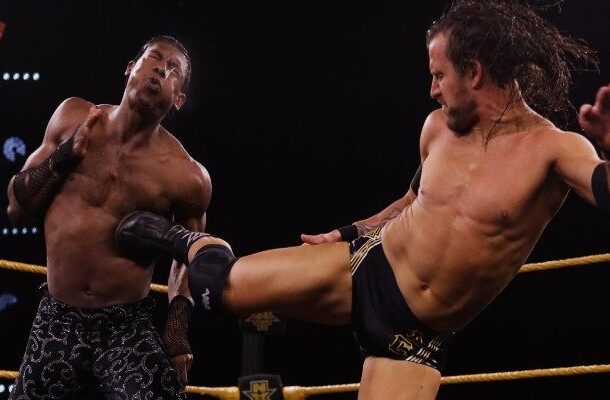 Throughout this week, the WWE company has announced several matches for the upcoming episodes of its weekly television shows, as well as for one of its next pay-per-view, NXT Takeover: In Your House.

From the website of Fightful, it is reported that although the combat of the final of the tournament for the Intercontinental title will not be broadcast until a few weeks in the show of the blue brand of WWE SmackDown, the contest would have been recorded since May 26. As described by fellow Fightfuls, the match is “incredible” and with great reactions from the audience at the WWE Performance Center, which is made up of the cast of WWE NXT.

Furthermore, this week the match between Adam Cole and Velveteen Dream was confirmed for the WWE NXT championship for the upcoming NXT Takeover event: In Your House. WWE had planned to record this combat last Thursday at Full Sail University. The WWE NXT roster was told to park and park their cars around an area where vehicles would surround a ring. This would be the filming set for combat at Full Sail University.

It should be noted that in this last match the small stipulation abounds, that if Velveteen Dream loses against Adam Cole, he will have no more opportunities for the NXT title while Adam Cole is champion.

Along with this match, others such as the triple threat for the WWE NXT women’s title between Charlotte Flair, Io Shirai and Rhea Ripley or the individual match between Karrion Kross and Tommaso Ciampa, will accompany the titular match between Dream and Cole in NXT Takeover: In Your House.