Home Entertainment WWE May Give Cody Rhodes A Monster Boost Leading To The Return... 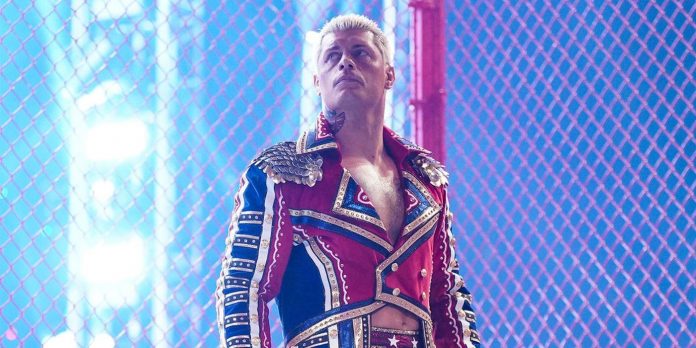 Cody Rhodes recently underwent surgery to repair a torn pectoral muscle, and it looks like WWE will have big plans for him when he returns. There is no clear timetable for Rhodes’ return after a torn rib cage, and a string of injuries forced the company to announce several audio recordings of plans for the summer.

American Nightmare seemed to be in line for a possible date against Roman Reines at WrestleMania 39 before his injury, which could still be on the table depending on how long his rehabilitation takes. As a rule, six months is the period for which wrestlers miss a fight due to this injury, which links the possible date of Rhodes’ return to the key Royal Rumble premium event. His performance in Hell In A Cell was remarkable for several reasons, and the match was always going to take him to new heights in the company. The only question is how much support Rhodes has received in the eyes of the WWE bookers.

WWE doesn’t always capitalize on momentum it didn’t intentionally create, but it looks like Rhodes will be treated like an even more important deal than he was when he gets back into action. This is reported in the latest issue of The Wrestling Observer newsletter. “At least now there is talk of giving him HHH [sic] 2001/2002 when his return will make a big difference,” wrote longtime insider Dave Meltzer.

This run was decisive for Triple H’s career as a singles star. The applause he received from the audience at Madison Square Garden became one of the loudest in WWE history. The main reason for this is that WWE did a good job informing fans how hard it was to come back from a torn quadriceps, even for an athlete of Triple H caliber. He left as one of the biggest heels in the business, but returned to New York a hero. It was reported that WWE was on hand with cameras for Rhodes’ surgery to repair his torn pectoral muscle, indicating that they could plot his comeback in a similar way.

Upon returning, Triple H punched his ticket to WrestleMania 18 by winning the Royal Rumble. From there, he defeated Chris Jericho and became the undisputed WWE champion. Meltzer seems to indicate that WWE may use this roadmap when it brings Rhodes back to television. The Battle Royale usually takes place in January. In this case, almost six months have passed between Cody’s operation and the event itself. The Battle Royale is not a traditional wrestling match, so even if Rhodes is not 100 percent by then, he can still realistically win the match and cut promotions for a few weeks before starting the fight again.

Drone pilot melted his vehicle for the sake of the volcano

Lesley-Ann Brandt charms the Web with her fiery gaze!