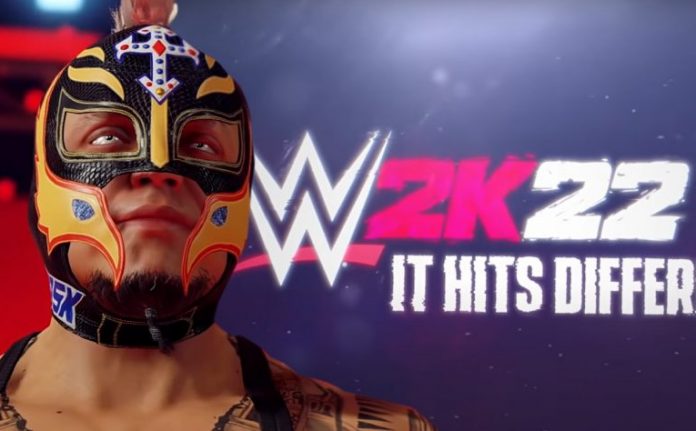 WWE 2K22 surprise is finally here with the WWE 2K series, the highly anticipated game WWE 2K22. Certain clues about the future of the game have previously appeared on social media. With the trailer released today, the new version of the American Wrestling game has also been approved.

Although fans of the game were disappointed after WWE 2K21, which was canceled last year, the news of the new game increased the excitement again. A big surprise awaited fans at the WWE WrestleMania wrestling event held today. The first trailer of the game was shared at the event. American wrestling legends Rey Mysterio and Cesaro were featured in the trailer.

The WWE 2K22 game trailer highlighted new graphical features and textural enhancements featured in the game. Take-Two Interactive, which makes improvements especially in body and tissues, reveals this development in the first images from the game.

This short trailer offers almost no information about the game. However, this short trailer, which is exactly 30 seconds, was enough to excite the actors. The slogan of the trailer was “It’s Hits Different”. This slogan, which can be translated to make it feel different, may indicate a significant improvement in WWE 2K22 gameplay.

The company, which was disappointing with WWE 2K20 and received great criticism from fans, canceled the 2K21, perhaps to avoid repeating this disappointment. What kind of gameplay the new game WWE 2K22 will offer is a matter of curiosity.

The famous sports game about American Wrestling comes up with a new version every year. However, the glitches in the 2020 version and the criticism of the fans of the series about the gameplay made the 2021 version difficult. It was not known whether WWE 2K22 would come after the project, which was canceled during the development phase.

Yuke’s and Visual Concepts developed and released 2K Sports every game produced in the WWE 2K franchise until 2019. In the game from 2000 to 2012, the publisher was THQ game studio. However, 2K Sports took over the game as the game studio collapsed. The game engine was originally based on the Japanese professional wrestling video game series Toukon Retsuden.

The Legacy of Jupiter: Season 2 Has Already Been Planned