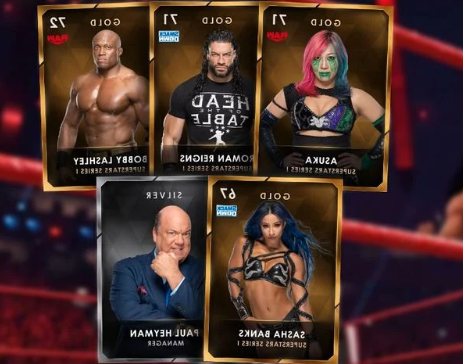 The MyFaction game mode in WWE 2K22 allows players to create their own wrestling team. Evolution cards can evolve through trials.

In the MyFaction game mode in WWE 2K22, there are evolution cards that players can use to develop their wrestlers within their faction. These maps will be updated during the long game and the completion of tasks. Improving Evolution maps will give players an optimal experience in MyFaction mode.

However, with evolution cards, the player does not get stuck on the level card from which he starts in WWE 2K22 MyFaction. These cards will boost the player’s wrestler version after passing matches with them. Some cards can evolve to the Diamond level, which is the highest level for the MyFaction card.

As soon as a player receives a card that is not related to evolution, he can immediately use it in his wrestling stable at the presented level. However, Evolution cards can start with bronze, and in some cases can go up to diamond.

MyFaction cards can be obtained from starter packs, purchased special editions of the game (for example, nWo 4-Life Edition) and from locker codes in WWE 2K22. Some of these cards may be evolution cards that will be marked with a few gems above the name. These gems will show how far the map can evolve.

For example, a player can get a golden Becky Lynch from the starter pack. Above her name on the map will be a filled golden stone and an empty emerald stone. This means that the player can upgrade the card from gold to emerald, but no further. The player can also get the Emerald Undertaker ’98 and above his name on the map, he will see a filled Emerald Stone, and then an empty Sapphire, Amethyst and Diamond. This means that the Undertaker ’98 can be upgraded to Diamond level one level at a time.

By hovering the cursor over the map in MyFaction in WWE 2K22, the player will see the necessary tests for updating the maps in the upper right part of the screen. Many of these tasks involve dealing a certain amount of damage to opponents, performing a certain amount of moves and attacks, and winning matches in a certain way. Therefore, it is very important that the player adds this card to his stable immediately after receiving it in order to start raising the level of these evolution cards.

Will Smith’s Netflix Movie Postponed Due to Oscar Slap Controversy