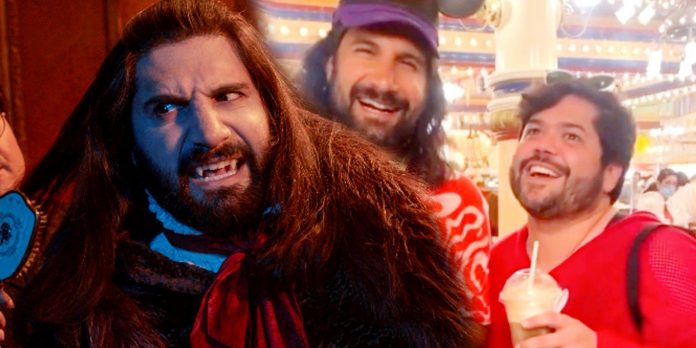 “What We Do in the Shadows” stars Kayvan Novak and Harvey Guillen imagine Nandor and Guillermo’s trip to Disney World in a cute new TikTok. Based on Jemaine Clement and Taika Waititi’s 2014 film What We Do In the Shadows, the FX series first aired in 2019. The comedy-horror series tells about the lives of four vampires and their familiars in everyday life on Staten Island. The show has become a hit with both viewers and critics, and currently its rating on Rotten Tomatoes is 96%.

Having completed its third season last fall, a new trailer for the 4th season “What We Do in the Shadows” was recently released, which tells about the return of Nandor (Novak), Nadia (Natasia Demetriou), Laszlo (Matt Berry) and Guillermo (Guillen). The latest trailer shows Nadia opening a nightclub, Nandor using a genie to bring back all 37 of his dead wives, and Colin Robinson (Mark Proksh) returning in the form of a toddler. After the study of Guillermo’s vampire hunting abilities continued in the third season of What We Do in the Shadows, and Nandor promoted him from a familiar to a bodyguard, it remains to be seen how the fourth season of the show will cope with Guillermo’s new post.

In a recent TikTok, also posted by Guillen on Instagram, he documents his trip to Disney World with Novak. The video features emotional music and a touching voice-over, and Guillermo and Nandor express their admiration for each other in a video in which Guillen and Novak ride rides, take selfies and enjoy ice cream.

After some obvious romantic tension in previous seasons of the show, many fans are calling for Nandor and Gilmero to get together in season 4 of “What We Do in the Shadows”, calling the couple “Nandermo”. Although both characters seem to be looking for love in the upcoming season, Guillen’s video does use a fragment of Nandor’s voice in which he calls Guillermo a “friend”, which perhaps casts doubt on whether the relationship between the two characters will be stronger. than platonic.

While it remains to be seen if the romance between Nandor and Gilmero will be explored in the upcoming fourth season of What We Do in the Shadows, Guillen’s latest video makes it clear that he and Novak maintain a friendly relationship off-screen as well as on-screen. screen. A lot of what makes the series so entertaining is how it puts vampires in normal, everyday situations, and Guillen’s “What We Do in the Shadows” video teases that watching the main cast of vampires heading to Disney World can actually make for a hilarious episode. Fans won’t have to wait long to see more Guillermo and Nandor in the world of the show, as the premiere of the fourth season of “What We Do in the Shadows” is scheduled for July 12.

Genshin Impact Characters Who Have Never Had Repeats