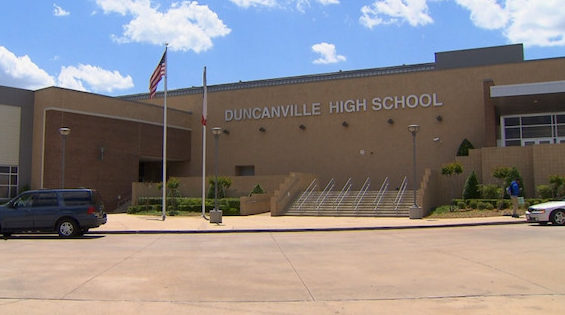 Duncanville High School in Duncanville, Texas, just outside Dallas-Fort Worth, was a panic scene after the rumors of a shooting spread on campus on the afternoon of February 11.

“There is no urgent security issue at Duncanville High School,” the school district said on Twitter. We are currently investigating an incident that caused the fire alarm to activate and students to evacuate the building. At this point, students are allowed to enter, and we will update shortly. ”

Local time just after 14:00, Twitter came to life with a shooting rumors at school. As a result of panic, police officers and other emergency personnel were set up outside of a Shell gas station across the street from the school. Reports at the scene show that fireworks have been released inside the school.

Besides 230 staff, there are more than 4,200 students enrolled in the school. It is the second largest high school in campus size in the United States. Receiving material of Texas Governor Greg Abbott.