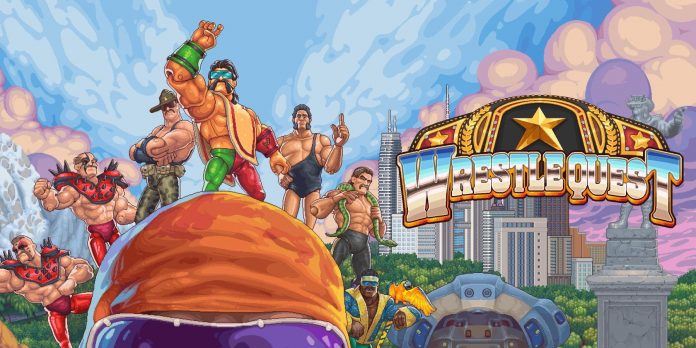 The newest trailer of the wrestling role-playing game WrestleQuest introduces players to game fights with characteristic movements and a variety of wrestling-themed mechanics. Developer Mega Cat Studios earlier this year introduced the game as a turn-based role-playing game dedicated to professional wrestling. The game has already featured cameo roles of various old-school superstars, including Macho Man Randy Savage and Andre the Giant among others. Now Mega Cat gives players a comprehensive look at the chaotic fight.

The one-minute trailer demonstrates various options for attacking players in WrestleQuest. Players will not only be able to attack with punches, but also use objects and weapons, such as folding chairs, to defeat their opponents. The game will have a “hype counter” that builds as players fight, allowing them to use special attacks and tricks with a single character trick in which transformers turn into a machine. Players can also use “tag team combinations” to deal significant damage to enemies with various attacks based on the unique fighting characters in the player’s group.

The trailer also introduces players to WrestleQuest’s unique “pinning” mechanics for defeating enemies when players are required to successfully pin their opponents. After the enemy is defeated, players will have to calculate their actions using the strip at the bottom of the screen to secure and defeat the enemy. Failure to pin the opponent will force him to return to battle, restoring some of the lost health, as well as reducing the player’s hype counter.

WrestleQuest looks completely different from the wrestling genre, which is usually dominated by sports games. WWE 2K from 2K Sports is the main professional wrestling franchise in the modern gaming world, while others, such as RetroMania Wrestling and RumbleVerse, use more casual approaches. Other franchises, such as All Elite Wrestling, have sought to enter the gaming space with limited success, developing AEW Fight Forever with an unknown release date. WrestleQuest will bring a unique dynamic to the vibrant, incredible action of professional wrestling when it comes out.

WrestleQuest is in development for PC, PS4, PS5, Switch, Xbox One and Xbox Series X/S.

Kena: Bridge Of Spirits, Analysis. Much More Than An Audiovisual Delight

The contents of the collector’s edition of God of War Ragnarok...