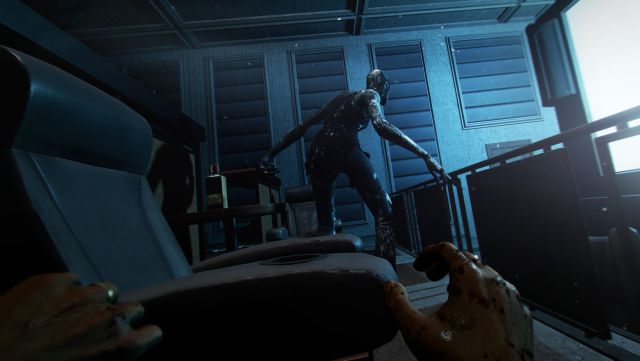 Wraith: The Oblivion: We analyze the Oculus Quest version of this first-person horror video game designed for virtual reality. Hell or paradise, reincarnation or nothingness. Is there something after death? The human being has asked that question since he is human, but thousands of years later there is still no quorum, the answer depends on the culture and beliefs of each one. Meanwhile, science continues to try to unravel the mysteries of life and death, always through its empirical method. At the same time, this theme arouses the interest of fiction, which has explored it from different perspectives. Wraith: The Oblivion – Afterlife, the virtual reality horror title at hand, imagines an afterlife of spirits trapped in the gloom.

Afterlife is part of the same universe as Vampire: The Masquerade and Werewolve: The Apocalypse, World of Darkness, so the creatures from beyond the grave are present from the first moment. In fact, our protagonist is a wandering spirit, who although he was human in life, now walks the path of darkness as a ghost. Lost, not knowing what awaits him, he wanders into a ghostly mansion in search of answers.

The Barclay Mansion stands in all its glory. It shows off his majesty from the very entrance, presided over by the huge doors that lead inside. When the character places his ethereal hands on the handles he discovers that the gate is firmly closed, so he investigates the surroundings. He soon notices that one of the windows is open, so he takes the opportunity to sneak into the hall.

Hollywood, movies and stardom. The world of cinema is surrounded by a halo of glamor as magical as it is false, a diffuse image that attracts appearances, even if they hide a somewhat idyllic reality. The Barclay house has seen that whole world fall apart. There the best actors and actresses, directors and other personalities of the seventh art would gather. Nowadays, the remains of the place make it clear that something dark is moving between its corridors, on the walls that still hold the posters of old movies, on the bar cabinets that still house space for alcohol bottles. We advance, already in our ghost form, through a mansion of memories, where blackness stains the rooms and corridors and the remains of a ritual are glimpsed in objects.

Microsoft Doesn’t Want You To Download The Leaked Version Of Windows...