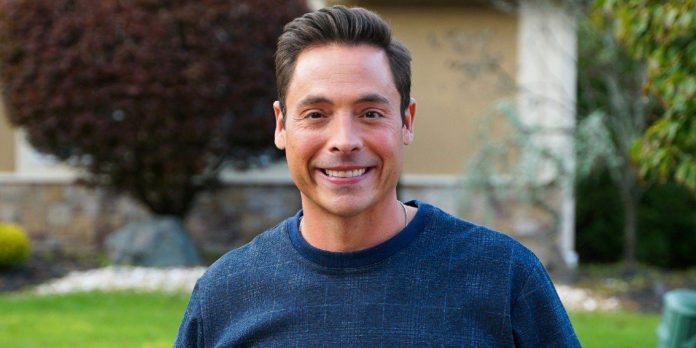 In the program “America’s Worst Chefs” Celebrity Edition: That’s So 90s chef Jeff Mauro became a mentor for the Blue Team for the first time, and it’s time to discuss some of his recipes from the show. His team consisted of Lori Beth Denberg from All of this, Jenny Kwan from “California Dreams,” Matthew Lawrence from “Mrs. Doubtfire,” Jodie Sweetin from Full House, and Curtis Williams from Parent hood. They competed with Ann’s Rockin’ Red Stars team, which included Eliza Donovan from Clueless, Tracy Gold from Growing Pains, Mark Long from The rules of the Road, and Nicoll Tom from the Babysitter.

The culinary training camp “Worst Chefs” this season consisted of topics from the 90s, but Ann and Jeff taught their recruits to cook different recipes within each topic. Under their guidance, the contestants’ culinary skills improved. Each episode included a pre-warm-up test, during which participants played games and cooked, as well as a main course test. In the end, Jeff chose Jodie to compete with him in the final against Ann and Tracy. They prepared a three-course restaurant dish for guest judges Ilan Hall, Nilu Motamed and Aisha Nurjaji. Tracy won the contest, taking home a $25,000 prize for her charity, the Surfrider Foundation.

Even though “The Worst Chefs” are known for their crazy and wacky antics, the show can be surprisingly inspiring. Jeff had a great comedy time, but he was also a patient teacher who shared his extensive knowledge of cooking and baking with kindness and care. As his recruits learned and improved, they were very proud of their successes. They were able to return to their families and cook for them. As “The Worst Chefs” come to an end, here are all of Jeff’s recipes.

The worst chefs began testing the first main course by asking the recruits to repeat improved versions of classic TV dinners that were popular in the 90s. Jeff thought that Jenny had made the best mini meatloaf on television, and chose her as the winner of the “Worst Chefs” contest. The full recipe can be found at this link on the Food Network.

For the second main course, Ann and Jeff taught their teams how to cook a classic and elegant Oscar steak, a French dish from the late 1890s. Jeff explained to the recruits from the “Worst Chefs” that the original dish consisted of a fillet covered with lump crab meat, covered with an emulsified cream sauce, with a side dish of asparagus. The recruit of the “Blue Team”, who best reproduced Jeff’s dish “Steak Oscar”, was Jenny, who won her second challenge in a row. Click on this Food Network link to view the full recipe.

For episode 3, the Worst Cooks boot camp was transformed into WC Peaks, a winter chalet. For the main course, Ann and Jeff demonstrated how to cook a classic European schnitzel with potato side dishes. According to Ann, schnitzel is traditionally a very thin, pan-fried and fried piece of veal, but in Jeff’s recipe pork was used instead. The winner of Jeff’s Blue Team was Matthew. His full recipe can be found at this Food Network link.

In the 4th episode of “The Worst Cooks main dish challenge”, celebrities had to learn how to cook seafood curry dishes. Jeff horrified his recruits when he told them they had to cook whole fish fillets. Celebrities had to cook vegetables with flavorings of their choice. The winning rookie of the “Blue Team” was Jody, who cooked the best curry. Click on this Food Network link to view the full recipe.

The recruits of the “Worst Cooks” got acquainted with the sweeter side of the kitchen in episode 5, with a task for the main course, in which they were asked to cook cakes with fruit filling. They learned how to make dough from scratch and used fillings, glazes and nuts of their choice. Matthew won his second challenge with a peach pastry pocket inspired by his grandmother’s peach pie. Jeff’s full recipe can be found at the Food Network link.

In episode 6, the Worst Cooks recruits were asked to complete a “no pasta” task – to cook fresh pasta and sauce from scratch. According to Ann, agnolotti are very similar to ravioli, but instead of being two pieces of pasta glued together, they are stuffed and rolled. The worst rookie chefs had to recreate the pasta recipe, but give agnolotti and sauce their own taste. Jody won the challenge for the second time. Click on this Food Network link to view Jeff’s full recipe.

Jodie competed with Tracy for the title of worst chef, and although she didn’t win, her food was delicious. Jeff and Jody planned the menu together, but during the competition, Jody had to cook all the dishes alone. Jeff was allowed to train her, but he wasn’t allowed to touch or taste anything. For the first course, Jodi made fried halloumi cottage cheese with mohammara and pickled crudite. The second course consisted of powdered dry-aged rib with black garlic chimichurri, crispy pickled fresno chili and melting sweet potatoes. The third course was a dessert of butterscotch creme brulee with whipped cream with pink pepper and white chocolate popcorn with sea salt. Recipes of the winners of the “Worst Chefs” contest can be found here: first course (via Food Network), second course (via Food Network), third course (via Food Network).

Jeff’s First Celebrity Edition of America’s Worst Chefs: That’s how the season of the 90s was a great success. He came up with recipes that taught the recruits important skills and helped them become better cooks. Despite the fact that his recruit did not win the competition, he proved himself to be a wonderful teacher who shared his knowledge patiently, kindly and interestingly. When Jeff’s recruits left the show, they were no longer the worst Chefs in America.