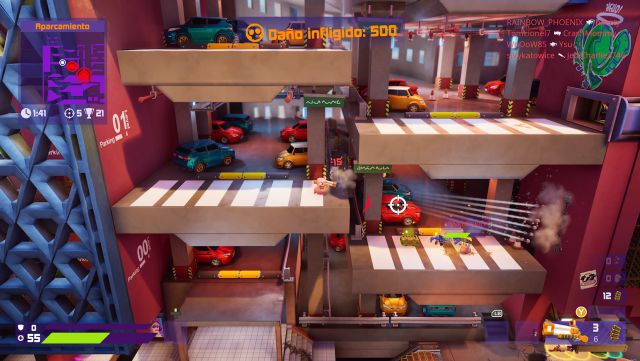 Worms Rumble: The long-running franchise ditches shifts to join the battle royale phenomenon. We analyze the keys to a proposal as direct as it is addictive. The Worms series has been offering players the ability to participate in a war waged by armies of worms for over 25 years. Since the original delivery hit the market in 1995, we have seen almost thirty titles, among which we can find everything from golf games to three-dimensional battles. For this reason, it is not surprising the latest bet by Team17, which advocates putting aside the classic shifts to get fully into one of the fashionable genres: the battle royale. Today we are talking about Worms Rumble, a new installment in which the worms fight again, although only one can remain standing.

A handful of players are deployed on a stage with the sole objective of survival. Shooting point-blank, hiding or running away to find a good shooting position … Anything goes to be the last man – or worm – standing. There is no quicker way to explain how the fashionable batlle royale works, and that is just what Worms Rumble does: take the basic rules of the formula and dive right into it with a simple, direct and well-thought-out proposal. for the idea to work.

There is only one element that differentiates the title from other proper names of the genre such as CoD Warzone, Fortnite and the like: the absence of a circle or storm in favor of a Deathmatch component subject to the passage of time. In Worms Rumble we don’t have to worry about a changing scenario that reduces its size as the minutes go by, but about being the player with the most deaths on their counter once the round ends. This is something that leaves behind the strategic component of the traditional battle royale, although it increases the dose of action and constantly invites us to engage in combat.

It is so true that the offer of modes seems scarce, as all the available ones work really well. The games host up to 32 players, either to engage in an ‘all against all’ in which reappearance after death is guaranteed, as in ‘last worm standing’ and ‘last team standing’, who come to be practically the same but with a nuance: there is no way to reappear beyond a punctual resuscitation – it can only be done if we are quick to help our partner. In general, these modes are the ones that best suit the battle royale experience.