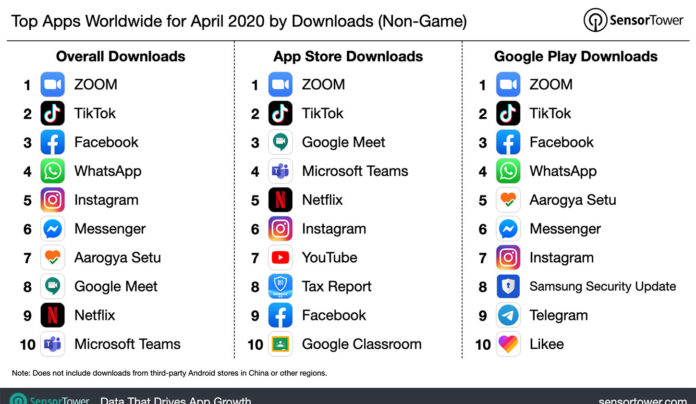 It has been around 10 days since April was left behind, and Sensor Tower has released a list of the most downloaded apps in the past month, based on estimates. Communication applications marked the lists.

There were some changes in the applications that people downloaded and used on their smartphones during the quarantine process. As you can imagine, video chat applications were among the most downloaded apps last month.

From the third row, the most downloaded applications in the App Store are listed as follows; Google Meet, Microsoft Teams, Netflix, Instagram, YouTube, Tax Report, Facebook and Google Classroom. The most downloaded applications from the third place in the Google Play Store are listed as follows; Facebook, WhatsApp, Aarogya Setu, Messenger, Instagram, Samsung Security Update, Telegram and Likee.

The data was collected by Store Intelligence on the App Store and Google Play between April 1, 2020 and April 30, 2020. Previous downloads have been excluded. Data from third-party stores was not included in Android estimates. But different versions of the same app like Facebook and Facebook Lite were combined.

How will Google’s mid-segment monster Pixel 6a look?