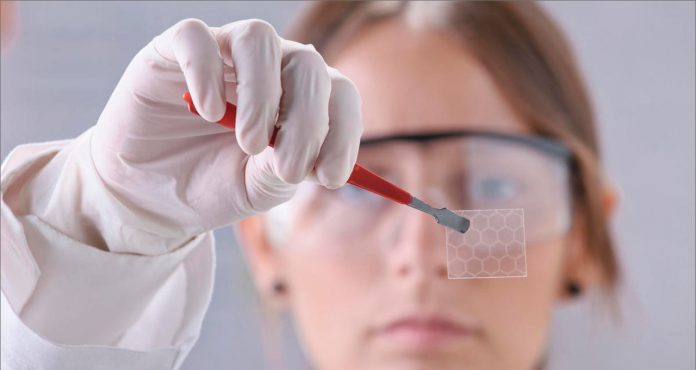 Scientists at the University of Sussex in England designed the world’s smallest microchip that could be used to accelerate computers and phones.

Researchers who discovered that the smallest microchips in the world can be made using graphene and 2D materials using the nano-origami technique, state that the technology will be more sustainable thanks to these chips.

In their study, the researchers created bends, allowing the flow of electrons to act like a transistor in a graphene layer. In addition, scientists add that according to the results of the study, the very thin material of the transistor is about a hundred times smaller than that of the silicon chip.

Stating that less energy will be used to produce electronic components with this technology, scientists argue that computers and phones can accelerate at very high values.

Making a statement about their work, Sussex University School of Mathematics and Physical Sciences Professor Alan Dalton explains the subject as follows;

“We create mechanical bends in a graphene layer. This is a bit like nano-origami. Using these nanomaterials will make our computer chips smaller and faster. This is critical as computer manufacturers are now at the limit of what they can do with traditional semiconductor technology. Ultimately this will make our computers and phones thousands of times faster in the future ”

In addition to Dalton, who conveyed his thoughts on the work performed, the lead author of the article, Dr. “We have shown that we can create structures from graphene and other 2D materials by simply adding planned bends to the structure, without having to add foreign materials to a device,” said Manoj Tripathi. By making this kind of ripple, we can create an intelligent electronic component such as a transistor or logic gate, ”he explains.