Home Science The World’s Smallest Engine, Consisting Of Only 16 Atoms 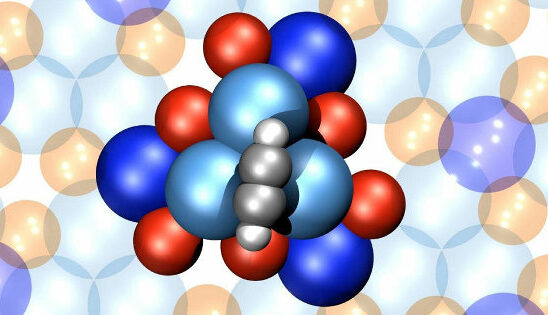 Researchers from Switzerland have developed the smallest engine ever made. The smallest engine in the world, consisting of 16 atoms, consists of a moving part and a fixed part like other motors in macro scales.

How small can you think the smallest engine that can be created? When we come across such a question, it does not come to mind that none of us might have developed an atomic scale robot. However, scientists from Switzerland made the possibility that we could not think of come true.

The world’s smallest engine consists of a moving part and a fixed part, just like the engines we know. The stationary part of the engine consists of six palladium atoms and six gallium atoms combined in a pyramid shape. The moving part of the engine is a four-atom acetylene molecule that moves on top of the stationary part. The dimensions of the world’s smallest engine, consisting of 16 atoms, can be estimated as nanometer sizes.

The energy needed by the molecular engine can be provided as thermal or electrical energy.

The molecular engine can draw its power from thermal or electrical energy. Scientists have found that electrical energy is much more useful in the operation of the engine. In the experiments, it was seen that the moving part of the motor moves back and forth at room temperature. However, when an electric current is given to the motor using an electron scanning microscope, the moving part of the motor rotates in one direction with 99 percent stability.

Researchers consider the molecular engine to provide a stable movement with electrical energy, making it much more practical than previous molecular engines. This movement of the motor can be used not only for the motor to move small machines, but also for generating nanoscale energy.

The new molecular engine developed is quite surprising, but brings some quirks. Scientists have announced that the molecular engine may be breaking classical laws of physics. A macro-scale movement needs a certain amount of energy to overcome the applied resistance. We can explain this as follows: When you want to climb uphill on a bicycle, you cannot stop pedaling.

During the study, it was observed that the moving part of the molecular motor continues to move with much less energy than necessary to make it rotate. For the molecular engine, this means that it continues to run with an energy applied at -256 ° C or below 30 millivolts.

Scientists have explained that the engine’s moving in this way has enabled a phenomenon called quantum tunneling. The engine’s particles regularly jump through obstacles that they do not normally have the energy to overcome. In the case of a bike, this can be considered as teleporting to the other side of the slope without pedaling.

The development of the world’s smallest engine can enable the creation of smaller mechanisms than expected in the future, as well as reveal more information about quantum tunneling. Oliver Gröning, chief investigator of the engine development process, said the engine can enable the processes and causes of energy dissipation to be studied in quantum tunneling processes.

Video of the engine, consisting of 16 atoms: