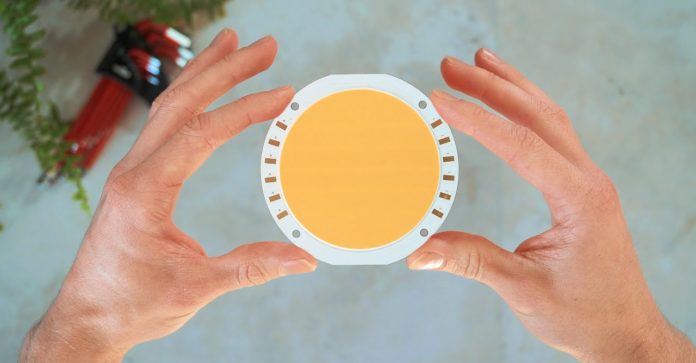 A YouTube channel has tested the world’s strongest LED. The LED, which is very difficult to use with its price of 1.350 dollars and power requirements, detonated 2 power supplies while it was being tested.

LEDs become stronger as technology advances. COB LED, which is currently claimed to be the strongest in the LED industry and designed specifically for use in video shooting, has been tested by a YouTube channel.

COB LED, which requires 1,500 Watt power for its operation, has marked the sector with its extremely expensive price of $ 1,350 (TL 9.373). This LED offers 5600 Kelvin daylight color and over 95 CRI (Color Rendering Index / Color Presentation Content). Matt from the DIY Perks channel, also known as LED expert, tried to test the LED but 2 power supplies exploded during the test.

Here are the test images of the $ 1,350 LED:
The first thing to do when using such an LED is to find out how to cool the LED. LEDs normally produce less heat than other light sources, but sometimes they can produce a considerable amount of heat, especially when they are so powerful, and heat becomes the biggest problem of LEDs. That’s why Matt produced his own cooler in the video and attached it to the back of the LED.

125 Ampere current is required for the LED to work. As you can imagine, if you are using a 12 V power supply, this value will burn standard 12 V power supplies. This information in theory also appeared in the video.

Matt connected two 1,000W power supplies in series to achieve this high value, but the supply was not sufficient for the LED to require at least 30V. On top of that, Matt used several buck boost converters to further increase the voltage and shared the load on each of the six parts on the COB LED. It can be seen from the video how much bright light is generated even when only one piece is working, but it requires a lot of power supply to operate 6 pieces at the same time.

Hitman 3 will have six main levels; all locations revealed