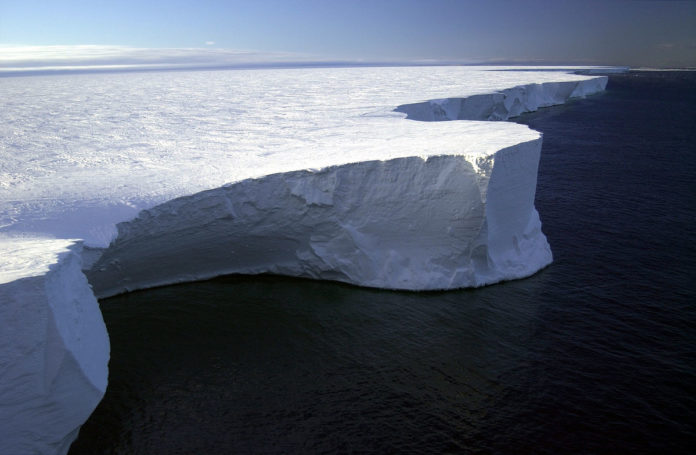 The world, which has been clawed by the coronavirus epidemic since December last year, has put global warming on the top of its most important problems, but the new findings show that global warming does not forget to affect the planet even if we forget its existence.

Images taken by the European Space Agency’s (European Space Agency, ESA) Sentinel-1 satellite on Thursday (April 23rd), the massive ice block named A-68, 175 square kilometers, which is five times larger than the state of New York, may become increasingly thin and may soon crack. is showing.

“The new findings may represent the beginning of the end of the A-68, detached from its main layer in July 2017,” glacier scientist Adrian Luckman told BBC News. “I suspect that the last breakup has started now, but the next pieces will probably be with us for years,” said Luckman, who has been tracking the iceberg progress at the University of Swansea in England for the past three years.

The iceberg named A-68, which is five times the size of New York, may have started the “death walk”
When the A-68 first left Antarctica, it covered an area of ​​more than 6,000 square kilometers in the region. The largest floating ice sheet in the world since it broke in July 2017, the A-68 has shrunk by 900 square kilometers in the past three years, but still retains this title today.

Despite its impressive size, the A-68 has a fairly thin form. Luckman previously stated that the iceberg is about 260 kilometers long and only a few hundred meters thick and looks more like a credit card than a typically imagined iceberg. “I am still amazed that such a thin and fragile thing remains so long in the open sea,” the glacier says in a recent interview with BBC News.

What Are The Mistakes In Legendary Science Stories?