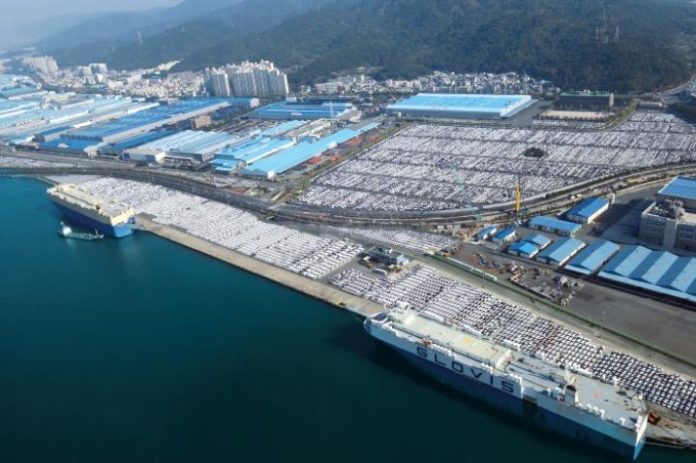 Hyundai Ulsan complex, the most productive and largest production plant in the world, has been closed due to problems in the parts supply chain due to the Corona virus, which threatens the world.

Hyundai’s huge Ulsan facility in South Korea is known as the automobile production complex with the largest production capacity in the world. There are five different factories within the facility. 1.4 million vehicles can be produced annually at the facility.

The facility has been quiet since Friday. The industrial production of the country has been badly damaged due to the Corona virus in China. For this reason, the factory, which could not supply parts, was temporarily closed.

Production was interrupted at the largest factory:
The four plants in the facility can produce a total of 1.4 million vehicles per year. Hyundai is one of the most popular car companies and therefore needs a very high production. The vehicles produced here are exported all over the world.

The supply chain has an important place in such a large production. The parts coming to the facility close to the ports are assembled here and turned into vehicles and these vehicles are on their way to the regions where they will be sold by sea. The epidemic in China causes major problems in the supply chain of parts required for production.

As a result, Hyundai and Kia cannot obtain the necessary cables for the electronic systems used in the vehicles due to supply problems. This means that the production of vehicles ceases.

5-day closed bill: 500 million dollars
The employees of the South Korean company are not satisfied with this situation at all. Employees were compulsory on leave and their wages were cut. It is stated that the total number of employees in the facilities is around 25,000. A factory employee in Ulsan said, “It is a shame not to be able to go to work and accept the pay cut. This is a very disturbing feeling. ” According to analysts, these closings will be one of the first effects of the worldwide case.

It is stated that Hyundai’s 5-day downtime will cost the company at least $ 500 million. This means a very serious expense. An average of 50,000 vehicles can leave the facility per day.

According to analysts, many companies will have a hard time if Beijing extends the Chinese Lunar New Year Holiday and the virus, which is said to affect more than 31,000 people and cause 636 deaths, continues to spread. It is said that firms that rely on China for production can make consecutive decisions.

TikTok tests a new feature, what is it about?