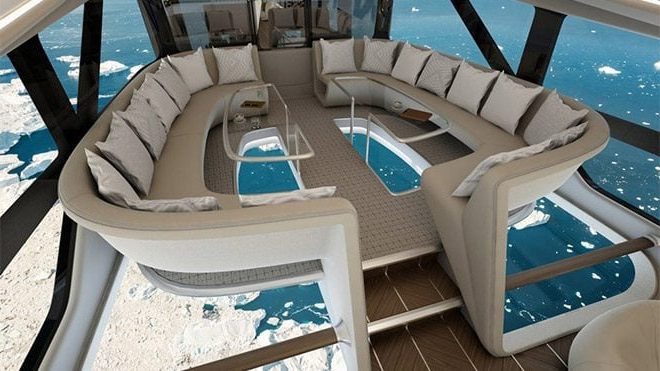 The semi-electric aircraft Airlander 10, which was mocked due to its design but attracted a lot of attention with its features, has the world’s largest aircraft title. However, with the new developments, the length of the vehicle has been increased even more. In addition, some extra improvements in the vehicle’s flight quality and fuel usage were also applied to the vehicle.

The hybrid aircraft Airlander 10, which has many uses, was announced as the “world’s longest aircraft” by its manufacturer, Hybrid Air Vehicles. It was announced that the zeppelin-like vehicle, whose environmentally friendly features were further strengthened with the new developments, would be even longer with the update on January 23.

According to the BBC, the Airlander 10 was transformed into a vehicle with an interior length of 97 meters, giving it 5% more length than the previous 92-meter interior length. Due to its appearance, improvements have been made in many areas ranging from driving quality to fuel use, with the name “Flying Bum”, namely “Flying Popo”.

What are the improvements made?
With the improvements made, the giant vehicle, whose interior length was increased from 92 meters to 97 meters, made significant improvements especially in terms of being environmentally friendly. The use of power was reduced by changing the shape of the landing gear and the vehicle. This work allowed the Airlander 10 to use less fuel and thus cause 75% less air pollution than an aircraft of its class. According to the comments, many improvements have been made to the vehicle in terms of flight quality and usage.

What aircraft has Airlander 10 become with the latest additions?
Airlander 10; It is designed to serve many potential purposes such as security, defense, logistics, luxury travel, private customer transportation. The vehicle, which has been mentioned for several years and was first introduced in early January, was developed as a hybrid vehicle. Since the semi-electric vehicle, which can continue its journey in the sky for 5 days, does not have an ordinary take-off mechanism, it can take off and land in any area without saying ice, desert, water. Airlander 10 is under development; With an indoor space of 195 square meters, it expects to serve passengers as a quiet and environmentally friendly aircraft that provides many opportunities for food, entertainment and comfort. According to what is known for now, the vehicle will start service in 2024.

Nokia Announced The Launch Date Of Its New Flagship