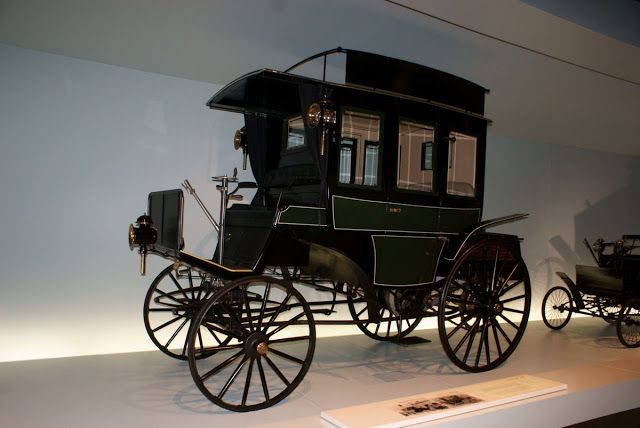 The world’s first gas-powered bus, produced by Mercedes-Benz, started operating in March 1895, exactly 125 years ago. The first bus of Mercedes-Benz was the roots of public transportation today.

Buses are one of the most important vehicles of both intercity and urban public transportation today. Buses with internal combustion engines, which are still the backbone of public transport, were first seen on the road 125 years ago.

Benz & Cie, the pioneer of Mercedes-Benz, started to manufacture the world’s first internal combustion engine bus on March 12, 1895. Developed by Benz & Cie, Benz Landauer was developed in such a way that eight people can travel. Known as the world’s first bus with internal combustion engine, Benz Landauer remained powered by a 2.9-liter single-cylinder, four-stroke engine that produced 5 horsepower. The engine of Benz Landauer, considered primitive today, was a serious technological leap back then.

Benz Landauer caught the attention of the company Netphener Omnibus-Gesellschaft, which had the world’s first bus line after it started to be produced. The company, which operates by steam-powered and horse-drawn buses, started using Benz Landauer, which it bought from Benz & Cie, for public transportation on the Siegen-Netphen-Deuz line. After the first bus, the company ordered a second bus to meet the increasing demand.

This step of Netphener Omnibus-Gesellschaft was the first step of a public transport where buses would be at the center. The adventure of the company with internal combustion buses continued until the end of 1895. The company gave up vehicles that could not be used on slippery roads created by winter conditions at the end of 1895.

Mercedes-Benz is now in the midst of a new breakthrough in bus technology. The company introduced its first fully electric bus eCitaro in 2018. Having the same capabilities as diesel engine buses, eCitaro does not produce carbon emissions that would harm the nature. Mercedes-Benz is preparing to launch a new electric bus with range-expanding fuel cells that can continue its journey even after its battery runs out in 2022 after eCitaro.

Black Friday at Casas Bahia: up to 80% discount on electronics