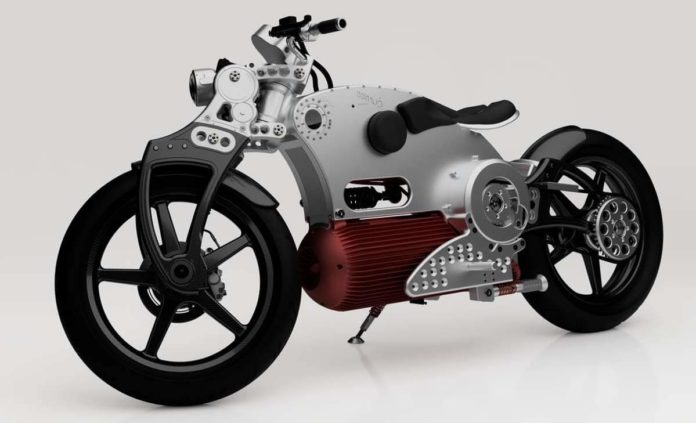 Curtiss introduces the world’s first fully symmetrical motorcycle, the Hades 1 Pure, whose design resembles a pistol. In addition to its extraordinary design, the electric motorcycle also stands out for its performance and durability.

Hades 1 Pure provides excellent stability thanks to Curtiss’s Merkez Centered Power Axis an which reduces width. The vehicle is reminiscent of a terrain motorcycle, providing a 27 ° inclination angle and a lower center of gravity, making installation and driving easier. The long wheelbase has a slope of 31 degrees and a height of 6 inches from the ground. The specifications are almost identical to the company’s previous Hades and Zeus motorcycles.

Curtiss’s own axial engine produces 217 horsepower (167 kW). The electric motorcycle model, also known to deliver 200 Nm of torque, will come as a performance model. The chassis of the motorcycle is made of a mixture of titanium, chrome and aluminum and the wheels are made of carbon fiber. The motorcycle also has four Beringer disc brakes made of cast iron.

In addition, the Hades 1 Pure is designed with a double side plate supporting the lower pipe and modular, adjustable aluminum beams. Customers ordering by February 20 will receive a $ 3,000 carbon fiber lower suspension leg free of charge. Curtiss Hades 1 Pure, which is scheduled to start production in the coming months, will be available for $ 60,000.