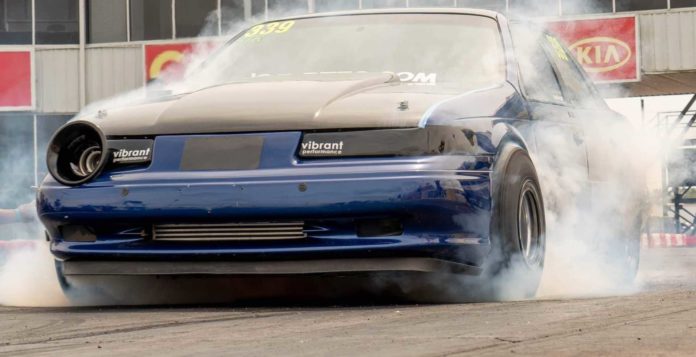 Zach Wright managed to set a new world record with the 1995 model Ford Taurus. With the fastest Ford Taurus in the world, Wright completed 400 meters in 8.967 seconds with its 1,100 hp vehicle.

How fast can a 1995 Ford Taurus be? A man named Zach Wright has been trying to break speed records for several years with his blue Ford Taurus. Wright, who recently signed under a new record attempt, clearly reveals how fast an old vehicle can actually accelerate when the correct operations are applied.

For years, Zach has been working on “The Blue Turd”, the car he called blue feces. Wright, who managed to increase his vehicle to 800 horsepower a year ago, increased his car’s engine power to 1,000 horsepower in the past summer. Wright, who also went to the racetrack with this enormous power, managed to complete the 400 meters distance in just 9 seconds. Wright, who rejoined the same track months later, managed to set a new world record.

Here is the 1995 model “The Blue Turd”
Wright’s recent work has allowed this old Ford Taurus to reach 1,100 horsepower. Not only satisfied with the increase in power in the engine, Wright also reduced the weight of the vehicle to a great extent. Wright, who was on a racetrack last weekend, also managed to set a new record with his renewed vehicle. The vehicle, whose speed reached 273 kilometers per hour, managed to complete the 400-meter road in 8,967 seconds, breaking a new record.

Providing explanations on the subject, Wright states that he encountered dozens of problems before breaking this record. Stating that there were some problems in the electrical systems of his vehicle during his tests, Wright states that the vehicle broke the axle during the tests, and there were some problems in the transmission and the engine. However, Wright’s ambitious and hardworking structure helped break a new record.