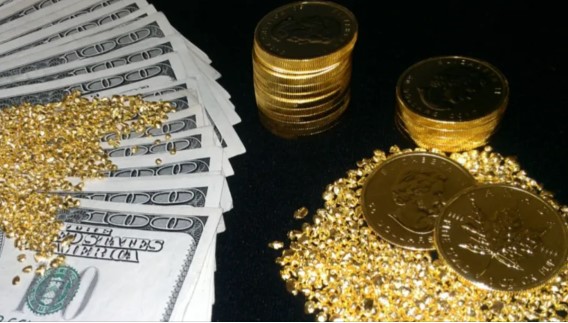 Gold prices continue to trade at a three-month low, without attracting the attention of investors, even though inflationary pressure remains high.

Many commodity analysts say that gold is experiencing difficulties as it faces a significant rise in the US dollar, which continues to trade near 20-year highs. As we reported on Somanews, the US dollar index peaked at 104,856 points for the day, while June gold futures last traded at $1,816, down 0.45% on the day.

Gold may still face strong headwinds, as some currency analysts do not expect a change in the trend of the US dollar, at least until the summer. Bipan Rai, head of currency strategy in North America at CIBC Capital Market, says several factors are supporting the US dollar over the next few months.

According to Bipan Rai, the Fed is already quite aggressive, and the US dollar will find support against other currencies, to which policy parameters adapt more slowly or completely different.

Bipan Rai: The dollar may not maintain its dynamics in the long term

However, in the long term, Bipan Rai believes that the US dollar will not be able to maintain its current momentum. The analyst makes the following assessment to open the question:

Looking ahead, currency analysts at Capital Economics expect the US dollar index (DXY) to rise to 108 in the coming months, which means an increase of 3% compared to current levels. Analysts note that the Federal Reserve’s aggressive monetary policy plan not only supports the US dollar, but also provides a solid impulse to buy the dollar with an increasing risk of a global economic downturn. Analysts make the following forecasts for the dollar:

Capital Economics argues that the only thing that can slow the fall of the US dollar is the recovery of the global economy and an improved balance between growth and inflation. However, analysts say: “This does not seem to be a realistic expectation until at least 2023.”

While the US dollar creates difficult conditions for gold, commodity analysts are not yet ready to abandon the precious metal. Many analysts say that gold continues to feel good compared to other assets. Gold has barely changed over the year, and the S&P 500 index has fallen by about 17%. In a note published on Thursday, Metals Focus analysts commented:

March Ends: How Bitcoin Will Go into Spring

The Downtrend in the Market Continues: Bitcoin Touches $37,500 Price Levels!