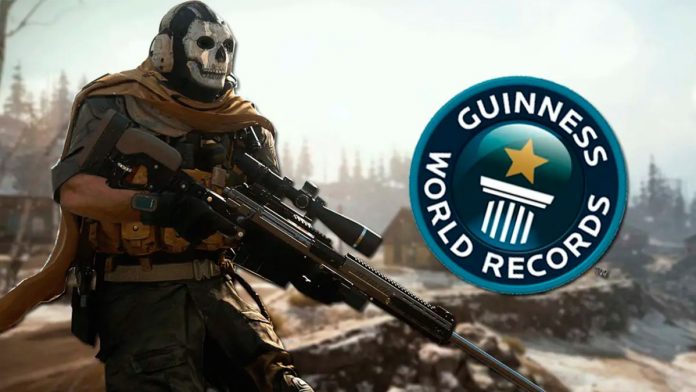 Four players from the popular Call of Duty battle royale manage to surpass the previous world record set in May 2020; video with the feat.

Call of Duty Warzone, Activision’s popular battle royale based on the popular first person shooter franchise, already has a new world record for kills in a single game. This is collected by the CharlieINTEL portal, which has echoed the feat achieved by a squad that has achieved nothing more and nothing less than 143 kills, thus surpassing the previous world record of 138 kills, set in May 2020.

A squad that destroys everything

Thus, the group formed by the players TheMylesLive, JerK, ScummN and Stukawaki managed to overcome on January 11, 2021 the record of 138 casualties achieved by the squad formed by Vikkstar, Abezy, Cellium and Priestahh. And it is that the squad of the current record swept everything equipping weapons such as the DMR and MAC-10; so much so, that only the player Stukawaki achieved 48 kills by himself.

The remaining scores were 43 low for ScummN, 27 kills for TheMylesLive, and 25 kills for JerK. If we take into account that the previous record was achieved in May 2020, everything seems to indicate that it will still take time to see how another squad (or the same one) manages to exceed that figure. And it is that the skills that the players of this new world record demonstrate are worth analyzing, from their ease with the aim of the rapport between them.

Recently, Call of Duty Warzone received a new patch with adjustments, bug fixes such as the stimulant and balanced weapons; Don’t miss our guide with the best tricks, tips, best weapons and more from the Call of Duty battle royale, now available completely free for PC, PS4 and Xbox One.

In addition, Call of Duty Warzone has become the most downloaded free video game during the coronavirus pandemic in 2020, surpassing titles such as Rocket League, Fortnite or Apex Legends, among others.

Crypto Market is on the Verge of Disaster!

7 animes similar Demon Slayer to see as soon as possible