Home Entertainment World Of Warcraft Will Reveal Its Next Expansion In April; New Mobile... 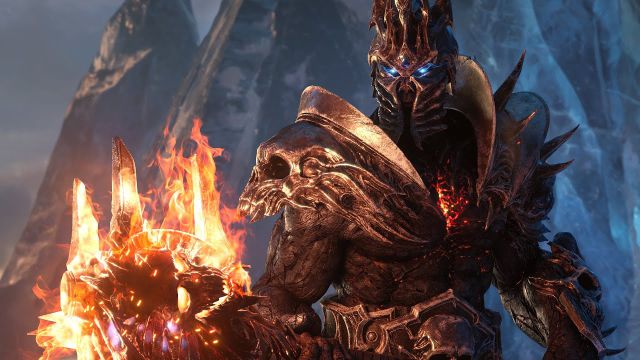 World Of Warcraft: Blizzard confirms its announcement schedule during the spring of 2022. On April 19, we will know the next expansion for World of Warcraft. World of Warcraft is just a month away from announcing its next chapter. Blizzard plans to reveal the next expansion on April 19. In a brief statement on its official website, the company summons us to a few months full of announcements around the license.

If the World of Warcraft expansion will be announced on April 19, they will do the same with Hearthstone on March 15. The team behind the card game will reveal details of the first of three expansions they plan for 2022 that day, including changes to the “core.”

On the other hand, Blizzard is preparing “the first game based on the Warcraft universe designed for mobile devices” beyond Hearthstone. Son have shared more details, except that they will announce it in May.

In World of Warcraft, the team hopes that players are enjoying Eternity’s End, the latest Shadowlands content. “The heroes of Azeroth have been summoned to this new land of Zereth Mortis to thwart the Jailer’s efforts and prevent him from rewriting reality as we know it.”

Nor do they forget Classic. “Players have been able to rally their most powerful allies in order to go beyond the gates of the ancient troll city of Zul’Gurub, face the Blood God Hakkar, and reap the rewards of the Season of Mastery. Players have also taken part in the challenges of the third phase of Burning Crusade Classic as they make their way to the Black Temple to face Illidan within his fortress, become involved in the battle for Mount Hyjal to preserve history, and much more. , they conclude.

Remember that World of Warcraft: Shadowlands is currently available on PC through Battle.net.

The first look at the raven figurine from Diamond Select Toys!...