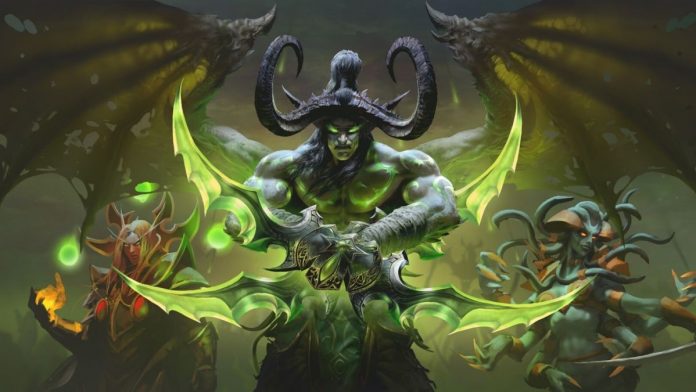 Illidan will not be the worst of your fears, he is accompanied by Kael’thas, Lady Vashj or a final enemy feared by the traitor …

He is already official. Blizzard has announced within its usual event, BlizzCon, the return of Illidan to World of Warcraft. This same year, World of Warcraft: The Burning Crusade will come to computers in Classic format, the first expansion of the king of the mmorpg genre that added multiple new features to his goose that lays the golden eggs.

With a release date yet to be determined – although some leaks point to a pistol shot in May – players will once again cross the Dark Portal and travel to Outland, the first abode of the orcs; the once Draenor. Find out in this preview what will await you in 2021 in World of Warcraft: The Burning Crusade Classic.

You are not prepared!

The people of Azeroth are stunned to find that a new wave of the Burning Legion invades their lands. Without knowing how, the Dark Portal has opened and now Outland connects with Azeroth. Guilty; Kazzak, Lord of Doom and Kil’Jaeden’s right hand man. This apocalyptic guard used an ancient relic to reopen the portal and spread terror in the home of the Alliance and Horde.

The players, in their efforts to stop the invasion, are forced to enter it to find the one who wants to destroy Azeroth but there, in the home of the ancient Orcs, they will soon meet an even greater terror.

Illidan, hidden in ancient Draenor from his enemies, is reinforced with a new army led by Lady Vashj and Kael’thas. In his attempt to defend himself against Kil’Jaeden, Stormrage grows powerful throughout Outland, declaring himself lord and master of it. However, Elf Prince Kael’thas has other plans unrelated to Illidan that may put not only the lord of Outland in a bind, but both factions.

The Burning Crusade was the first major paid update for World of Warcraft and remains one of the most beloved by the community to this day. It was released two years after the base game and removed the playable bases to make it more accessible without falling into ease.

Added two new playable races; the Blood Elves and the Draenei race. Thanks to these additions, Alliance players could choose the Shaman class using Draenei avatars, and the Horde faction the possibility of being Paladins thanks to the Blood Elves. With them came two additional areas and home to both races; Azuremyst Isle and Eternal Song Forest.