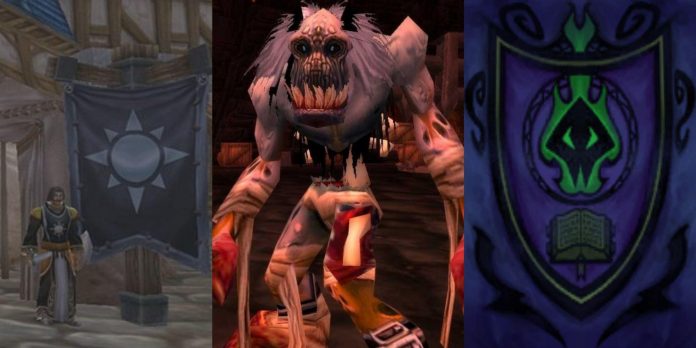 World Of Warcraft Classic: Knowledge and History of the Zombie Plague event is one of the most iconic scenes in the history of video games. When Arthas Menetil saw the crates in the docks or piled next to the markets and wagons, he already knew it was too late. The scheme will be the same when the Scourge tries to invade for the second time in Classic: World of Warcraft. As part of the events leading up to the new continent of Northrend, Azeroth will see a repeat of the infamous Zombie plague, and these events have some interesting in-game lore and real-world history.

One of the reasons for the popularity of Wrath of the Lich King was that it involved players in the developing story of Azeroth, making the world more like a living place. Some interesting fragments of the real world are retold when the Scourge makes another invasion attempt.

The End of Warcraft 3

A long time ago, in a completely different century, there was a series of real-time strategy games called Warcraft. They originated from computer games of the early 1990s, and The Frozen Throne was one of the most popular campaigns. It ended with Arthas Menethil, the former prince of Lordaeron, going to Northrend and becoming the Lich King.

Instead of another entry in the series of RTS games, World of Warcraft became an MMORPG, and the story continued in a different direction for a while. However, with this addition, players will be able to complete quests in Northrend for the second time, and the story of Arthas will continue.

Speaking of new expansions, everyone was thrilled with one of the brilliant new troll-themed open concept raids years before the WotLK add-on became a frosty glint in Blizzard’s eyes. Zool’Gurub was released as part of patch 1.7.0, and the final boss, Hakkar, was a demigod with a bad attitude and a damage over time spell (DoT) called Corrupted Blood.

The boss could use it on both players and their pets, who then, in turn, spread it to others within reach. In a closed raid, with high-level characters, the damage was high, but normal, and healers usually carried out a raid through it. However, when pets and players infected with the plague inadvertently brought it back to Azeroth, the results were disastrous.

Lower-level players died in seconds when infected with the plague, and just like in the raid, it spread to others. It took the developers several days to correct the results, and in the meantime, Azeroth has become an interesting experiment on how a pandemic can work in real life. This, combined with the tragic story of the destruction of Stratholme by Arthas, served as a source of inspiration for the event “Zombie Plague”.

The creation of the Silver Dawn is closely connected with the history of the kingdom of Lordaeron and the fall of the Knights of the Silver Hand. Once a force for good, the Silver Hand was corrupted and became the Scarlet Order, enemies of both the Alliance and the Horde. Despite the fact that the Scarlet Order is an enemy of the Scourge, this faction remains hostile throughout the event. A splinter group, Silver Dawn, emerged after the destruction of a fragmented company, and when players hunt undead in the Plague Lands, they do it on their own behalf.

That’s why the guards and healers who appear in cities during the Zombie Plague event represent the Silver Dawn, and not other organizations that also fight the Scourge. Players spent hours polishing their reputation with this faction just to tune in to Naxxramus and get special equipment.

Kel’Thuzad was the face of the Scourge before the return of the Lich King, and even after the ascension of Arthas, he remains one of the main bosses of the storyline and one of the most important commanders of the Scourge forces. The story here is that this character survived the initial raid on Naxxramus, even if the player and his friends remember killing him there, and becomes the main commander of the Lich King’s forces in Northrend.

When Kel’Thuzad moves, he does so from the comfort of his flying Necropolis, so this familiar landmark moves from its original location in the Eastern Plague Lands. By the time the Zombie Plague started, Kel’Thuzad had returned to the icy north, but he wouldn’t be safe for long.

This is a reference to the arcanite reaper, a sword created in vanilla WoW that was known for its ability that made it much faster and clearly overwhelming. The Ripper is also a double-headed axe, but it is of epic quality and only drops out of a special temporary boss that only appears during this event.

Ann Heche’s ex shared a post after her car had an...