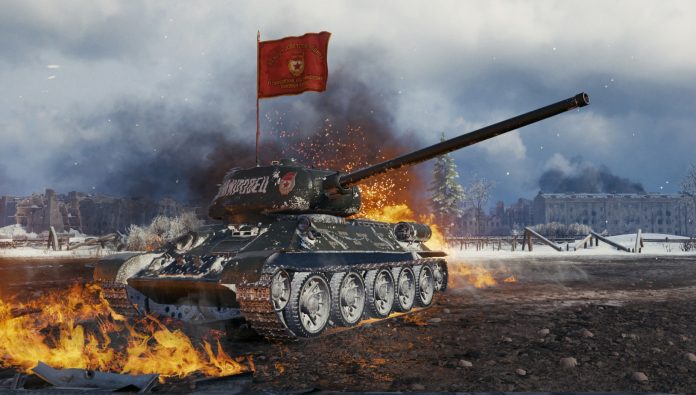 World of Tanks, one of today’s most popular multiplayer games, comes to Steam 10 years after its release. It is not yet clear when the game will be available for download on Steam.

World of Tanks, which was launched in August 2010 and gained great popularity in a short time, continues to maintain this popularity today. Developed by Wargaming, the game was also published for mobile players and Steam players with its version called World of Tanks Blitz.

However, the original and high-quality graphics version of World of Tanks was never available to Steam users. To play this version, you had to download World of Tanks from the game’s own site. Last day, a statement came from Wargaming that we anticipated that the game will increase its popularity even more.

World of Tanks is coming to Steam:

Wargaming has announced that World of Tanks, which has never been on Steam before, will be coming to Steam soon. A Steam page has also been created for the game. No clear date was given as to when the game will come. In the announcement shared on Steam, the company also stated that Steam players can interact with players on other PC platforms without any restrictions.

World of Tanks has been played by millions of players for a long time. It is home to more than 600 tanks produced or designed as prototypes during WWII and the mid-20th century. In the game, which has 10 different levels of tanks, you have to research the parts of the previous level and the new tank with the points you collect in the game in order to reach the next level tank.

See Also
World of Tanks Gives Players Master Of Orion For Free: Here's What You Need To Do

Since its launch in 2010, World of Tanks has continued and continues to receive new content. The game has had new game modes, maps, new countries and tanks with new updates over the years. In addition, with the big updates coming every year, minor or major changes are made in the game, keeping the freshness of the game.

The Boys: Season 3 will feature the Herogasm arc.