The World of Tanks Vehicle Combat MMO continues with a strong promotion of its events. Wargaming, the company responsible for the game, brought action film actor Arnold Schwarzenegger to participate in the opening of the “Festive Operations” event.

The event is part of the celebration of the arrival of the North American winter and the end of the year festivities. The actor’s arrival has been requested for some years by fans of the game, who have been keen to request his presence on forums and social networks — players simply love Arnold: they affectionately call him Arnie and produce voice modifiers for the actor for the game. and other tributes, for example.

To mark the long-awaited arrival of the action movie star, Wargaming has produced an exclusive trailer with a Christmas story that follows Arnold on a special mission to find Johnny (Johnny in the original), who sent a letter 30 years ago, but who arrived late. Check out the full video:

Regarding his participation, Arnold said it’s been a great experience and he knows it’s something players will be excited about.

“I have a long history with tanks as I own the M-47 Patton which I flew in the Austrian Army when I was 18 years old. So I know the thrill of commanding these steel monsters! After years of having my friends on Reddit asking me about World of Tanks, I’m happy that we can finally give fans the partnership they so much desire. Festive Ops is coming, so put the French Toast aside and get ready to come with me if you want to spread the festive cheer this year!” he added.

Schwarzenegger’s visit to the village of World of Tanks isn’t the only news. Like past Festive Operations events, players will find a vast collection of decorations and other items. As the “tankmen” add these elements to the village, the more festive the event becomes and there are special rewards for those who reach increasingly advanced levels of decoration.

World of Tanks is available for PC, macOS, Xbox 360, Xbox One, PlayStation 4, PlayStation 5, Xbox Series X/S, including Android and iOS. The Festive Operations event arrives in early 2022 and new information will be released soon. 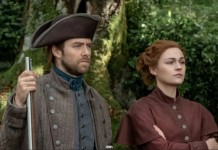