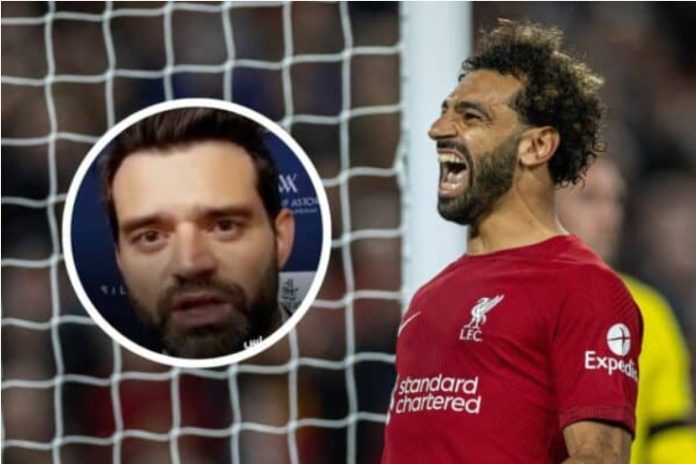 Rami Abbas Issa, Mohamed Salah’s agent, who often found himself at the center of discussions about the Egyptian’s stay at the club, gave a rare interview about his client.

On Thursday, Salah took a break from his international duties to receive the Fans’ Player of the Year award at the Globe Soccer Awards in Dubai.

Speaking at the event, Abbas hailed Liverpool’s mascot as “the only truly international Arab global icon.”

This award is the latest in a long list of individual awards that Salah has received in recent years, and Abbas believes that his client deserves high praise for his achievements.

“On an individual level, it’s kind of a roller coaster for him because he’s won every individual award that could be won playing in the strongest league in the world,” he told Al Arabiya Sport.

LIVERPOOL, ENGLAND – TUESDAY, November 1, 2022: Mohamed Salah of Liverpool during the game of the 6th round of the UEFA Champions League between Liverpool and Napoli at Anfield.

“As for the team results, yes, it was not the most successful year for him. But hopefully this season he will be able to take home one of the two most important awards.

“It is very easy to criticize, but it is always better to be the one who is criticized than the one who sits and does nothing, but just criticizes.

“So I fully support what he says, I think people really should listen to him. In all areas, he is the only truly international Arab world icon.”

Abbas was also asked about a new long-term contract with Liverpool, signed by Salah in the summer, and the striker’s contract with Anfield is valid until 2025.

LONDON, ENGLAND – Sunday, October 9, 2022: Mohamed Salah of Liverpool during the English Premier League match between Arsenal and Liverpool at the Emirates Stadium.

At the time, Abbas played his part in announcing the contract with one of the cryptic tweets we used to see from him in recent years, before Liverpool used him to publicize the news on their social media.

And Salah’s agent believes that, although the contract was signed and sealed, the Egyptian never needs additional motivation on the field.

“It’s nice to know where he will be for the next two and a half years, but when someone has been playing football at the highest level for so many years, I don’t think you need a lot of motivation,” he said.

“Even when he goes out on the field, he doesn’t think about contracts or things like that, he just lives in the moment and tries to do his best for any team, no matter where he plays.”

96-92. Murray leads the victory against the Celtics, who lose Walker