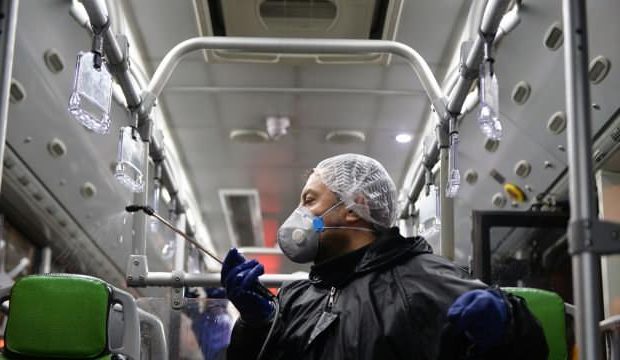 World Health Organization Secretary General Tedros Adhanom Ghebreyesus praised China for the measures it took, while the number of Corona virus cases worldwide exceeded 80 thousand. The secretary general expressed that the number of cases in countries such as Iran is alarming.

Speaking about the Corona virus, which erupted in China and killed more than 2,700 people, World Health Organization (WHO) Secretary General Tedros Adhanom Ghebreyesus said that the virus outbreak has not yet reached a global epidemic stage.

Ghebreyesus praised China, where 2,715 people lost their lives due to the virus, and the increasing number of cases in countries such as Iran, where 19 people died, were worrying.

The virus spreads to Europe
Corona virus, which first appeared in China and the surrounding countries, started to spread in Europe. While the cases of Corona virus were detected in 13 different countries in Europe, our neighbor was the last country to be added to them.

Sotiris Tsiodras, the representative of the Greek Ministry of Health, said that the 38-year-old Thessaloniki woman who detected the virus visited the northern part of Italy. It was stated that the health status of the woman who was placed in quarantine was good.

In the statement made, it was stated that the cases in Austria, Croatia, Switzerland, Brazil, Algeria and Greece were caused by people traveling to Italy. If the loss of life in Italy where 383 Corona virus cases are seen at the moment, 12.

Latest situation in corona virus cases
According to the news in the spokesperson, the French news agency AFP, 24 people were detained on the grounds that they spread ‘rumors’ about the Corona virus in Iran. While Russia warned its citizens not to travel to Italy, it was the first South American country in Brazil to have a case of Corona virus.

Speaking about the flights to Italy, British Health Minister Matt Hancock said, “Look at Italy, they stopped all flights from China, but now the worst affected country in Europe is Italy again.”

TikTok will tell users why their videos have been removed

La Casa de Papel: Alicia plays with your nerves with this...