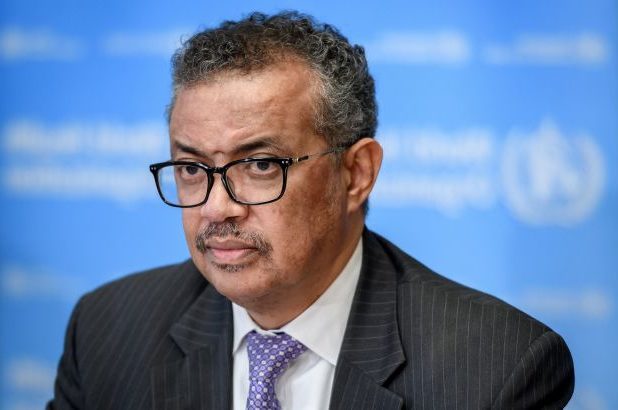 A statement came from the general director of the institution to the accusations made by US President Donald Trump to WHO. Tedros Adhanom Ghebreyesus, WHO Director-General, said that all countries should work together against the coronavirus enemy.

In a statement yesterday, US President Donald Trump accused the World Health Organization of incompetence against the coronavirus. Stating that WHO is late, Trump stated that the financial support will be cut. After these statements, a statement came from WHO.

Tedros Adhanom Ghebreyesus, Director General of the World Health Organization, responded to Trump’s statements saying, “Don’t politicize this virus. It’s like playing with fire. The United States and China should now come together and fight together against this dangerous enemy. ”

Speaking in Geneva, WHO’s headquarters in Switzerland, Ghebreyesus used the following statements, except that the USA and China should work together against the virus:

“G20 members must also act together to fight. The rest of the world must also unite and fight. We have mentioned many times that this virus is dangerous. If we do not act properly, many body bags are waiting for us. Do not politicize this virus. If you want to see more corpse bags, you can continue to tool politics. ”

Emphasizing that we should work together against the coronavirus, WHO Director-General Ghebreyesus reminded that the US and the Soviet Union were joining forces for measles during the Cold War period, saying “Please quarantine the politicization of Covid-19”.

Trump accuses WHO of misleading
U.S. President Donald Trump said WHO had exploded in the fight against the epidemic. “Fortunately, I did not accept their advice to China to keep the borders open. Why would they make such an erroneous suggestion to us? ” Trump made a statement, questioning WHO’s decision with these words.

The fate of the first ETH released in Ethereum