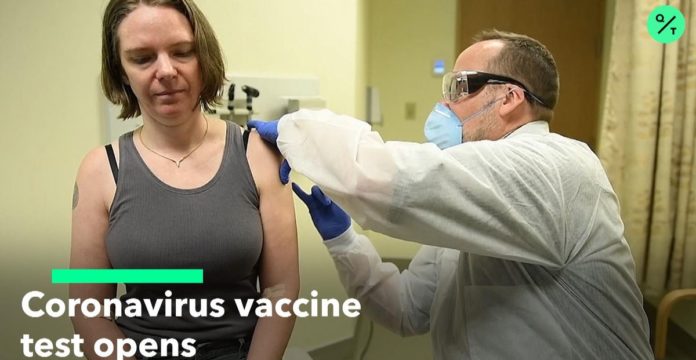 It has been announced that the vaccines of the Corona virus, which the researchers from all over the world are working day and night to stop, have started to be tested. The statement was made by the president of the World Health Organization.

Corona virus causes serious problems all over the world. Many factories have stopped production, many have been issued on compulsory leave. Thousands of people died due to the virus.

Studies are ongoing for the treatment of the virus. On the other hand, researchers continue to look for ways to protect people who have not yet encountered the disease. The first way to do this is, of course, to develop a vaccine.

Having held a press conference in Geneva, Switzerland, the WHO President explained that they had achieved an unimaginable success and that the tests for the first COVID-19 vaccines began only 2 months after the virus’s genetic sequence was removed.

Ghebreyesus explains, “The first tests of the vaccine were started only 60 days after the genetic sequence of the virus was removed. This is an unimaginable success. We recommend researchers around the world to systematically evaluate experimental drugs. ”

The vaccine is difficult to arrive soon
Although it takes a much longer time to develop a vaccine under normal conditions, researchers around the world have almost quit their jobs and turn to this field due to the urgency of the situation. This increases hopes.

The World Health Organization has not made a statement about the possible release date of the vaccine. Under normal conditions, the development of vaccines can be quite long. Even if the content of the vaccine is prepared and successful in tests, it will take time to produce it in large quantities and distribute it to all over the world. This process had reached 18 months in previous outbreaks. For this reason, we need to take precautions for ourselves and those around us until we get a vaccine or medicine.