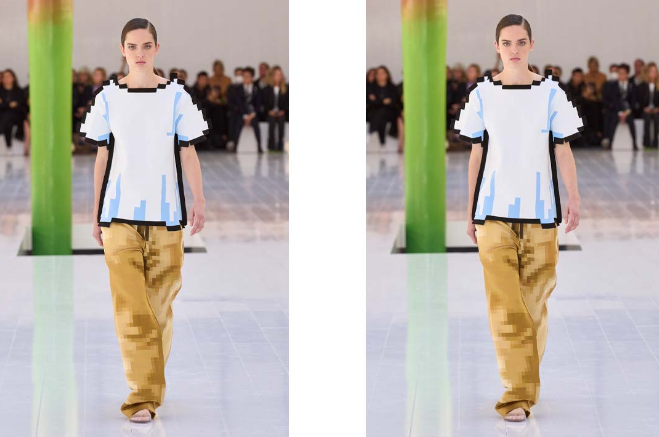 The world-famous fashion brand Loewe staged a show with pixel clothes that looked like they came out of Minecraft.

Loewe, who organized the show as part of Paris Fashion Week, showed her pixel clothes on models. Hoodies, T-shirts, trousers and tracksuits on the models consisted of pixel by pixel, which we are used to seeing in games.

The Loewe brand presented clothes in the style of Minecraft – at Paris Fashion Week they showed a "pixel" collection.💤🧊#Minecraft #우리도_언제나_찬이를_지켜줄게 #Live #women pic.twitter.com/Kq1KMZplrA

In particular, with the introduction of the Facebook metaverse project (with the new name Meta), interest in this sector has increased significantly. Brands such as Prada, Balenciaga and Thom Browne have uploaded their outfits to the Meta avatar store; Gucci has signed an agreement with Roblox and opened its own virtual store, and Balenciaga has signed an agreement with Fortnite and offered players its in-game clothing.

Of course, we will be able to see what place the metaverse and similar projects will take in the future, but we will wait. Although many projects continue to be developed today, it will take time for these projects to be accepted by ordinary users.