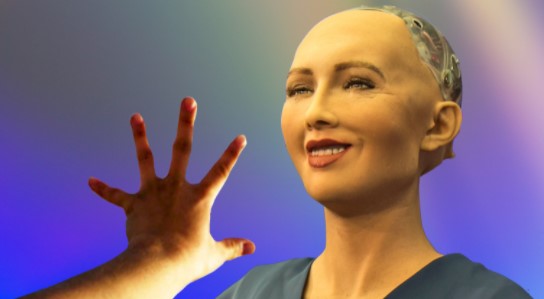 A digital anime version of the world-famous humanoid artificial intelligence (AI) robot Sophia will be released as NFT in “Noah’s Ark.”

According to the latest statements, a digital anime version of the world-famous humanoid artificial intelligence (AI) robot Sophia will be tokenized and auctioned as part of the promising metaverse project called “Noah’s Ark”.

Sophia was developed by Hong Kong-based Hansen Robotics company in 2016 and is known worldwide for her speaking skills and ability to speak clearly.

According to the announcement made on Dec. 7, a partnership with manufacturing firm Alethea AI has been formed for the smart nonfungible token (iNFT), and Sophia’s 100 iNFTs will launch in a Smart IGO on Binance’s NFT marketplace on Dec. According to the statements made, the auction will last for 5 days and twenty iNFTs will be published every day until it ends.

The term iNFT refers to NFTs, a form of artificial intelligence personality that adds programmability to immutable smart contracts. These intelligent NFTs can independently interact with humans in real time in a gamified environment.

The collection is called “The Transmedia Universe of Sophia beingAI” and as part of the partnership, 100 iNFTs will also be supported by Alethea AI’s decentralized metaverse project Noah’s Ark.