Home Crypto World Famous Analysts: These Are Next for Gold Price! 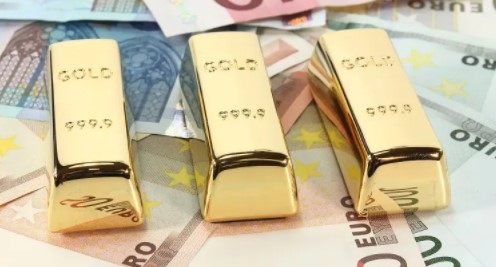 Gold price is once again fighting for validity in financial markets as investors react to Federal Reserve Chairman Jerome Powell’s rhetoric for tougher monetary policy. Just three weeks ago, gold was trending higher as investors tried to shield themselves from mounting inflation pressures. Now the Fed appears to be taking the threat seriously, and expectations are rising that the central bank will be more aggressive in tightening monetary policy.

What do famous names say about the gold price?

While gold remains neutral in the short-term as investors adjust to the Federal Reserve’s monetary policy change, funds continue to see long-term potential in precious metals. This week, Leigh Goehring, managing partner of Goehring & Rozencwajg Associates, said its long-term gold target is $10,000 per ounce. “We are approaching the time when gold prices will explode upwards,” Goehring said. I believe that inflation will not decrease and will continue to be a problem,” he said.

Gerald Moser, chief market strategist at Barclays Bank, said he could see gold prices rise 20 percent over the next 12 months. Also, as reported by Somanews, Singapore purchased 26.35 mt of gold between May and June, according to reports. This was the Asian central bank’s first gold purchase since 2000. At the same time, the Irish central bank bought two tons of gold for the first time since 2009. Gabriel Makhlouf, Governor of the Central Bank of Ireland, said that inflation is a growing concern for him and used the following statements:

Before you start worrying, the question of how long this will take is irrelevant. More so, if I see evidence that the clogs are not clearing or that something different is happening, then I’ll start to worry.