Home Crypto World Famous Analyst: These 6 Altcoins Are On The Rise! 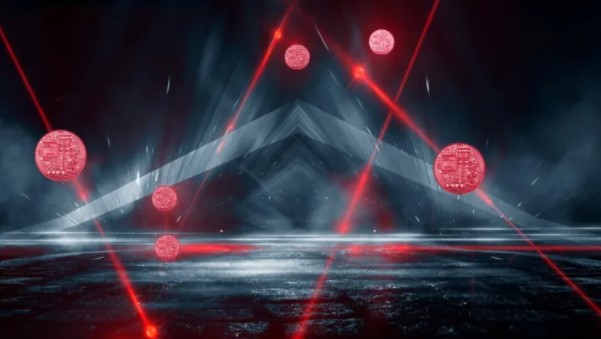 Gritt Trakulhoon, top crypto analyst at wealth management firm Titan, shares why he thinks the crypto market is poised to recover and the 6 altcoin projects he thinks are most bullish over the next 3-5 years.

“Investors seem to have digested the news about Fed tightening”

Most crypto bulls claim that digital assets are good investments because of their fundamentals. Blockchain technology will revolutionize finance. Bitcoin is a hedge for inflation and a store of value. Adoption is increasing. And such.

The bears, on the other hand, claim that digital assets are nothing more than high-risk instruments for speculation based on liquidity in the financial system. Bitcoin, Ethereum, and tons of other cryptocurrencies have been massively sold out in recent months, with investors looking bearish in anticipation of monetary tightening. BTC and ETH are down as much as 50% from the 8th November high.

Gritt Trakulhoon, top crypto analyst at wealth management startup Titan, seems to be one of the few bears to accept this argument as legitimate. “In some ways, this is true in a way,” the analyst said in a recent statement. But if this argument is weighted, why should investors be in crypto in the near term, as the Federal Reserve withdraws its support from the market and prepares to raise interest rates in the coming months? The analyst’s response is that investors seem to have digested the news of the Fed tightening.

While the analyst acknowledges that it is difficult to look for bottoms in crypto as prices have indeed started to recover slightly in recent days, he highlights the supporting signs that the market may bottom out. First, citing data from CoinShares, the analyst says flows to digital asset funds are turning positive again.

Accordingly, he states that Bitcoin whales are starting to add to their positions again. According to the data, the supply of Bitcoin per whale is currently at a 10-year high. Also, long-term Bitcoin holders have slowed down sales, which he says has been a bullish indicator in the past. He also adds that Bitcoin’s relative strength index, or RSI, shows that the cryptocurrency appears to be oversold.

The analyst claims that if Bitcoin hasn’t bottomed yet, the crypto, which is currently close to $44,300, should not eventually go below $24,000. He attributes this to the average cost basis of Bitcoin investors. Once Bitcoin drops to $20,000 or $30,000, the analyst says it will present an attractive risk-reward proposition. There are also long-term bullish trends that excite the analyst in terms of the investment outlook for the next 3-5 years.

Big banks are strengthening their crypto infrastructures and hiring teams of people familiar with the field. Banks are also making serious investments. He also says he believes a Bitcoin spot ETF will eventually be approved, which will mean more entries:

Regardless of what the market is doing in the short term, we still see progress and progress. The number of developers and people working in space has increased dramatically, 4-5 times over the past year. And I think it’s going to be pretty interesting going forward, because we’re really on the cusp of winning mainstream adoption.

Altcoin projects that the analyst thinks are bullish

In addition to Bitcoin, which he loves as an inflation hedge and store of value, Gritt Trakulhoon explains that a number of other altcoin projects are “pretty bullish”. They are all layer one blockchains, meaning they provide the base layer for other applications to build on. The largest of these is Ethereum, which is currently the second largest crypto by market cap. The analyst says the following about the leading altcoin project:

I don’t even think of Ethereum as an altcoin anymore. The world’s largest blockchain, a blue chip with thousands of applications on it, is undergoing a transformative shift from Proof of Work (PoW) to Proof of Stake (PoS).

However, Ethereum has its problems. The analyst cites overly compromised security and points to high gas fees and lack of scalability as issues that need to be fixed. That’s why it likes a number of Ethereum competitors, as well as other smart contract, layer one blockchains. These altcoin projects are Avalanche, Terra, Solana, Phantom and NEO.

We look at these layer one blockchains as a good choice for capturing the potential growth to come with metaverses, NFTs, gaming and DeFi. Because all these applications will be built on these Blockchains.