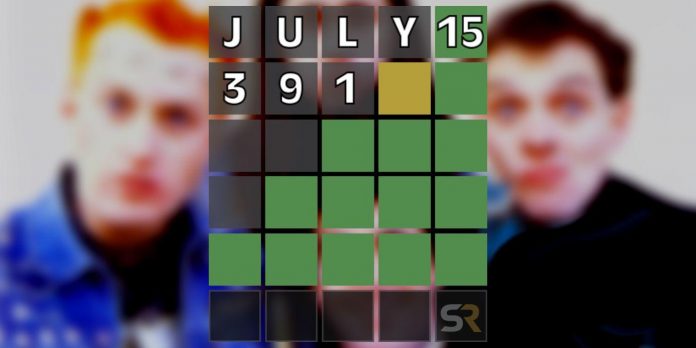 Wordle’s answer from July 15 should not cause any particular problems for players, since it is a fairly common word, but it contains a common suffix that can lead to vain guesses. Whenever a Wordle word has a popular ending such as “ING” or “ED”, players often get stuck in a loop of too many options and not enough chances. Today’s answer could lead to players losing easily due to the number of ending options for that particular answer.
Related: Word Enters the Physical World through the Official Hasbro Game
Wordle has also added a new save feature: players can now create a New York Times account and save their progress in the game. This will allow people to play the game wherever they are, and still keep the same statistics. This new feature can be found after the completion of any Wordle game, when the social media sharing feature usually appears, it is now possible to log in and save the series.
Today’s Wordle Tips (July 15, No. 391)
Before completely messing up Wordle’s answer today, here are some tips for players who just need a little help.
Hint 1: There is a repeating letter in today’s Wordle answer. Hint 2: In the board game Trivial Pursuit, this word is used as a part to show progress in the game. Hint 3: Often this Wordle word has the shape of a slice of pizza. it is easy to divide a narrow crack into two parts.
Today’s Wordle response (July 15, No. 391)
Wordle’s response from July 15 is a WEDGE.
Not an entirely uncommon word, a WEDGE is a tool that is inserted between two objects, usually with a small tip that tapers into a thicker end, like a piece of cake. For our initial Wordle word today, we used IRATE, which provided us with only one correctly placed letter “E” and a few incorrect letters. For our second word, we tried CHODE, it added to the wrong stack of letters, and also gave us an incorrectly positioned letter “D”. For our third guess, we used BUDGE, which fixed “DGE” at the end of the word and left us with a large number of options. Knowing that we used all the other possible vowels, the letter “E” had to be repeated for it to make sense, the following assumption could be one of many options, but we chose LEDGE. It was wrong, but it proved us right about the repeating letter “E”. After that, we won out of five and guessed WEDGE, another Wordle win in the books.