Bitcoin analyst Willy Woo Square talked about the fact that companies like MicroStrategy bought Bitcoin, commenting “it’s just the tip of the iceberg.” While saying this, Woo gave the message that larger investors may have started buying Bitcoins.

MicroStrategy recognized Bitcoin as a reserve asset a few months ago and bought $ 250 million of BTC at that time. The company then bought another $ 125 million in BTC, increasing its total reserve to $ 425 million. Square, led by Twitter CEO Jack Dorsey, announced this week that it bought $ 50 million worth of Bitcoin, though not as much as MicroStrategy.

There may be more than what appears

After these developments, Willy Woo examined the BTC reserves in crypto money exchanges. It is thought that 250 thousand Bitcoins have been removed from the reserves in global exchanges such as Bitcoin, Gemini, Kraken and Coinbase in the last few months. The decrease in the amount of BTC in stock exchanges is generally interpreted as new investors entering the market and people entering the HODL era.

Willy Woo comments that “high-income investors are starting to buy Bitcoins,” looking at the declining amount of Bitcoin in the stock markets, arguing that the number of Bitcoin whales is actually starting to increase. A study by research firm Glassnode confirms Woo’s claim.

Bitcoin whales are usually a name given to investors who hold more than a thousand bitcoins. This increase in the number of investors can be interpreted positively, as it may mean that Bitcoin is becoming more accepted. And Glassnode’s data show that the number of these investors has increased for several months. This increase coincides with the decreasing amount of Bitcoin in the exchanges in terms of time. 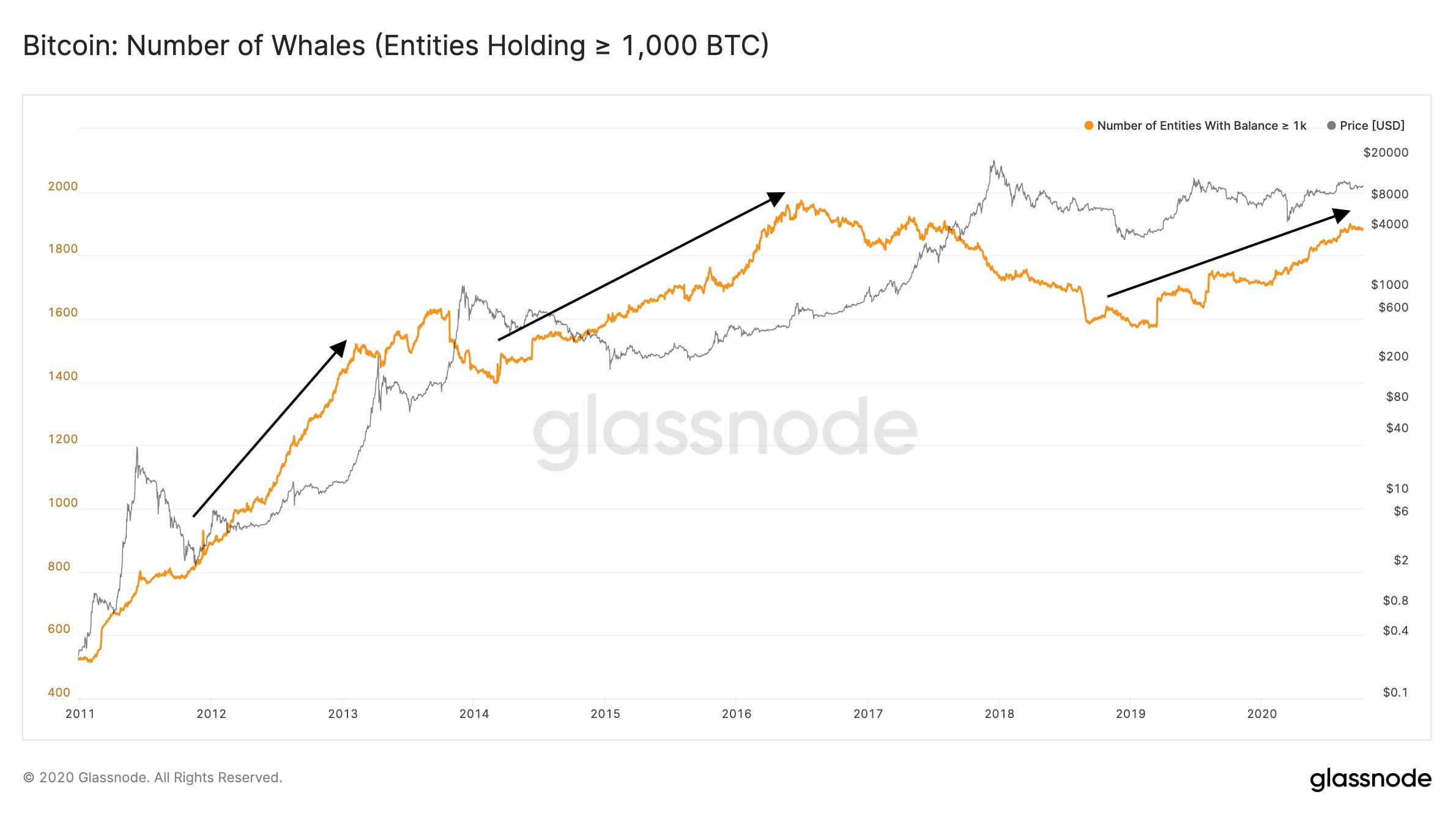 Luis Suárez says goodbye to his teammate and Barcelona

Medium is a new gaming experience for Xbox Series X

JIMIN GIVES A SURPRISE TO SARANG, THE GIRL WHO APPEARED IN...