Home Celebrity Woojin reunites with his fans in his first fanmeeting 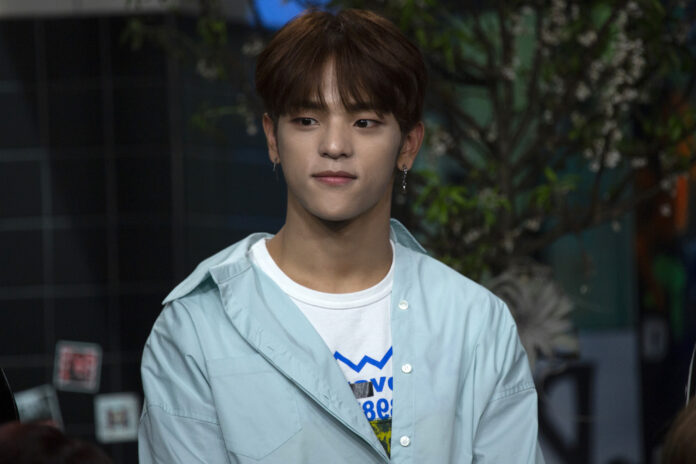 The idol started doing different activities to be close to his fans.

Kim Woojin made his first fanmeeting called ‘New Area’ , the idol was surrounded by his loyal fans who played sentimental songs like: ‘So Long’ by Paul Kim, ‘Lost Stars’ by Adam Levine, ‘Fine’ by Taeyeon , among many others.

Some fans of the singer took advantage to make him some special gifts, among them a work of art inspired by his personality, in the painting Kim Woojin is seen surrounded by water bubbles and marine nature.

Woojin read letters that his fans sent him on his birthday, he also held a question and answer session where he shared that he was enjoying every moment, the idol told his followers that he loved eating hamburgers and mint ice cream.

The host of the event was MC Vitamin or better known as MC Baek, who has worked for many years with other K-pop artists , most recently with the girl group Momoland and the JYP Entertainment groups: GOT7 and ITZY.

Fans celebrated their excitement with the hashtag # KimWoojin_NewArea which became a trend in some countries, netizens sent loving and warm messages to the idol admiring his talent, dedication and effort.

Drake Bell and the memes that make me Mexican

Beyonce Wants Her Fans To Be Part Of Her New Video