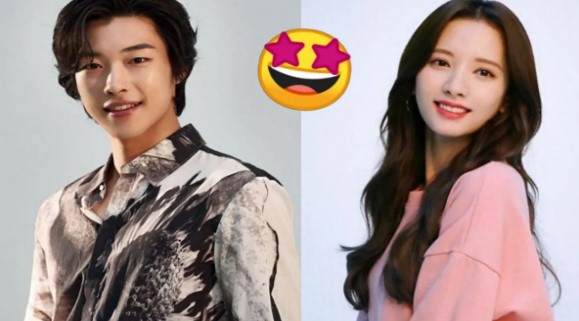 Good news for fans of Korean dramas! Well, a new historical drama will be released in the coming months, in which the popular actor Woo Do-hwan and the idol actress who caused a big sensation, Bona from Cosmic Girls, can play.

Joseon Lawyer will be one of the new historical dramas that may be released in the coming months, and although its actors are still being discussed, the main candidates for the roles of the main characters are Woo Do-hwan and Bona from WJSN.

For fans of Korean dramas, one of the favorite genres is historical. Because in any case, they can learn even more about Korean history and culture. Similarly, these dramas, in addition to depicting the touching stories of the Joseon era, also fascinate with their incredible performances.

And Joseon Lawyer promises that he will not be an exception. Inspired by the popular webtoon of the same name. This drama will contain everything from revenge to romance, in an endless search for justice.

Through Korean portals, it became known that actor Woo Do-hwan is in talks to play the main role in the drama “Lawyer Joseon”. His role will be as Kang Han Soo, a corrupt lawyer who begins to change his outlook on life and decides to help those who need it most.

On the other hand, the main female role was offered to Bon from WJSN, the character Lee Yong Joo will be one of Kang Han Soo’s clients, who, although she seems to be an ordinary commoner, but her case will be directly related to personal revenge and will hide many secrets.. This will be the first major role of an idol.

So far, none of the actors’ agencies have released a statement confirming the actors’ participation in the drama. However, many fans hope that both will agree to this role, as they are curious about what kind of chemistry they can create on stage.

Do—hwan’s latest work is “Hunting Dogs,” a Netflix original project whose premiere date has not yet been announced. While Bona appeared as Yu Rim in the popular drama “Twenty-Five, Twenty-One”, would you like to see them together in the drama?

WHAT WILL THE NEW HISTORICAL DRAMA JOSEON LAWYER BE ABOUT?

Joseon Lawyer is inspired by the webtoon of the same name and will tell about two lawyers who help low-income people who cannot read or write in difficult cases. This is done in order to avoid injustice or any abuse of power by responsible persons who take advantage of the ignorance of the villagers. It will be a mixed genre drama, in which there will be revenge and romance.

Similarly, the drama promises the growth of a character, especially the main character, who will turn from a corrupt lawyer and revered by the villagers for the wrong reasons into a defender of justice. Without a doubt, a drama that will catch many.

From other news: Park Seo Joon has always talked about how much he learns from the characters he plays. Do you want to know what he said about it?

Meghan Markle and Harry are mobilizing against fake news