Home Celebrity Wonho will play in the musical “Equal”, what will be his role? 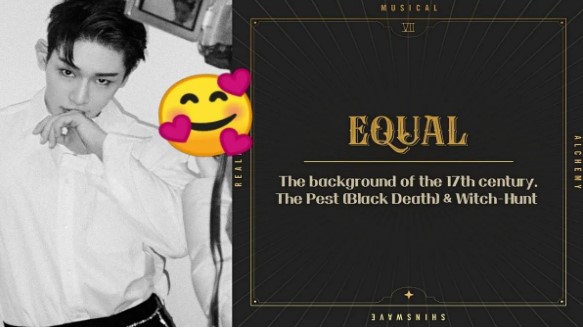 Good news for Wonho fans! The South Korean idol will make his musical debut in the title role of “Equal”. Music lovers will be enchanted by her melodious voice and charisma.

It was confirmed that Wonho will take part in the musical “Equal”. The story is about a rural doctor who will do anything to save his best friend from an incurable disease. Wonho is in the lead.

Musicals are very popular in South Korea, and the participation of K-Pop idols will never keep you waiting. For fans to see their favorite artists perform a role in a musical is always a great achievement, because the theater lives and does not make mistakes on stage. Without a doubt, this is a great challenge for the artist.

For this reason, the fact that Wonho was chosen to participate in the musical greatly excited his fans, who constantly supported him in each of his comebacks as a solo artist. They can’t wait to see this new facet of idol as a musical actor.

WONHO WILL BE STARRING IN EQUAL

Soloist Wonho will make his musical debut with a starring role in Equal. According to Korean media reports, Wonho will play Teo, a rural doctor with an honest and bright personality who will not rest until he finds a cure for his friend Nikola’s illness.

The action of the musical takes place in Europe of the 17th century, and the disease that the doctor must fight is a terrible Black Death. Theo (Wonho) will find a mysterious book on alchemy, with which he will try to save his best friend from the disease that struck him.

Without a doubt, the story will be full of riddles and emotional moments that all participants will be able to enjoy by visiting the presentations. Although Korean musicals are rarely broadcast on television, foreign fans are looking forward to seeing parts of the musical.